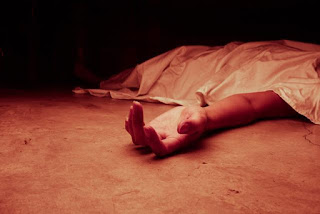 A middle-aged woman identified as Mrs. Funke Ojo has been found dead inside a well at the premises of a Cherubim and Seraphim church located at Ayedun Quarters in Akure, Ondo State, on Sunday, according to a Punch report.

It is still not known how the woman found her way inside the well.

A source revealed that the deceased left her mother’s house for a programme in the church, but no one was aware of her arrival at the church or when she allegedly plunged into the well.

The mother asked her to take a rest, but she insisted on going to the church.

“Nobody knows how she got into the well. It was someone who wanted to draw water from the well this morning (Sunday) that saw her body inside the well and raised the alarm.”

Some youths in the area evacuated the corpse from the well and took her away for burial.

Following the incident, the pastor of the church, Segun Oriade, was said to have been arrested by police for interrogation.

The Police Public Relations Officer in the state, Mr. Femi Joseph, confirmed the incident but said the Command was yet to know why and how the incident happened.

He confirmed the arrest of the pastor of the church, saying, “he will be helping us in our investigation.”

He said, “It happened early this morning (Sunday), the deceased was sick and her mother took her to the church for prayer and later she (the deceased) went home and came back to the church late in the evening of Saturday.

“But they found her body inside the well on Sunday morning. Nobody can say anything about it for now; but we have commenced investigation into the matter.”
Posted by Unknown
Labels: News