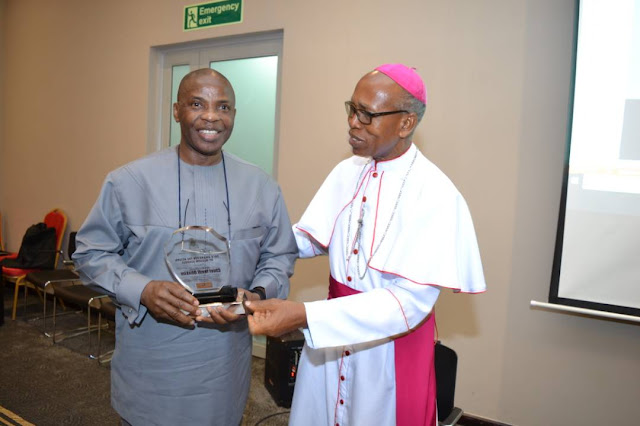 His Excellency Dr Ikedi Ohakim is full of gratitude to the entire Catholic Archdiocese of Owerri and Archbishop AJV Obinna for the Performance Award in Education and Reforms awarded him, at the Protea Hotels, Owerri, on Tuesday 13th February, 2018.

The award means a lot to Dr Ikedi Ohakim, not only because it reinforces the essence of the reforms his administration took in the Education Sector, but it also goes a long way to show that there is no love lost between him and the Catholic community, particularly His Grace Archbishop AJV Obinna.

The award from the Catholic Archdiocese of Owerri also goes to put paid to the falsehood that Dr Ikedi Ohakim assaulted a Reverend Father in 2010 while he was Governor. That evil and well financed propaganda was one of the tools that were used against Dr. Ikedi Ohakim in 2011.

It gladdens the heart therefore that this award puts paid to that malicious rumour. 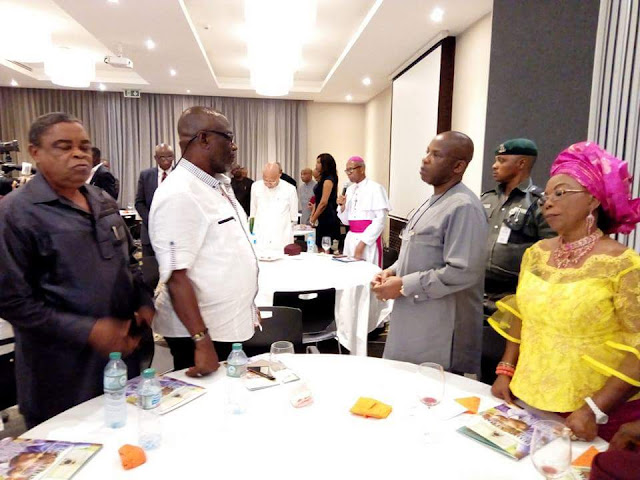 Few years ago, Reverend Father Ejike Mbaka of the Adoration Ministry Enugu who was also used by the propagandists also confessed publicly during a Sunday service in Enugu that Dr Ikedi Ohakim neither saw nor beat a Reverend Father, and regretted his role in the unnecessary saga, saying that he was deceived to believe the falsehood.

It gladdens the heart the more that the Church recognised that Dr Ikedi Ohakim was the first Governor in the Southeast to hand over schools back to the missions. The Archbishop while commending the Governor said that that policy has addressed the issue of cultism in those schools and enhanced the quality of education, noting also that they want someone to rectify things in Imo State, since that project has been abandoned by the Okorocha government.

We recall that in his desire to improve the quality of education in Imo State, Dr Ikedi Ohakim began a phased programme to hand over schools to their original owners, with initial 44 schools returned to the missions. The government equally undertook the payment of the teachers in the 44 schools for two years while a law to pay subvention to the mission schools was enacted.

The Ikedi Ohakim administration instituted several reforms, particularly in the Education Sector, where he employed about 5,000 teachers and quietly eased off those who were working with fake certificates, etc.

He also upgraded the College of Agriculture, Umuagwo, that had leas than eight courses to Imo State Polytechnic with 18 course, all of them accredited. He also ensured that all courses in Imo State University (IMSU), Owerri, were accredited.

During that period, IMSU ranked between 7th and 10th position in the Nigerian Universities Commission (NUC) ranking, but now IMSU ranks 70 and above. During that period too, Imo State ranked first in Education but now Imo State has gone down the line with Anambra and Abia states leading.

As part of the reforms in Education, the Ohakim administration started the process of changing Alvan Ikokwu College of Education to Alvan Ikokwu Federal University of Education by handing the school over to the Federal Government.

Dr. Ikedi Ohakim believes strongly in Education and when he returns to office in 2019 he will continue with the reforms and ensure that Imo people get quality education. The 600,000 jobs he will create will help solve the embarrassing manpower problem in the Education Sector.