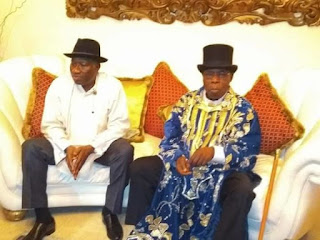 Dr Jonathan welcomed the elder statesman who was in his home for a private dinner, in company with his wife, Patience.

Channels report that earlier before the visit, former President Obasanjo inaugurated a government specialist hospital in the state and unveiled the Bayelsa Heliport which was renamed after the first military administrator of the defunct Rivers State, Alfred Diete-Spiff.

Upon his arrival in Bayelsa, the former president was received by the state governor, Seriake Dickson, in company with some top government officials in the state.

The elder statesman arrived in the state in a white agbada, after which he was dressed in a blue traditional attire of the people in the Niger Delta region.

See photos of his visit below: 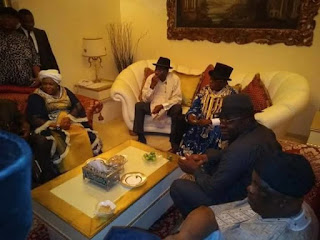 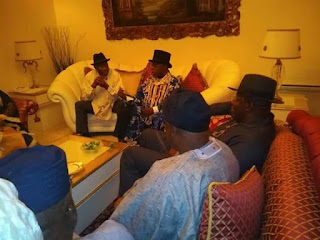 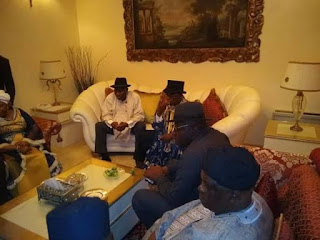