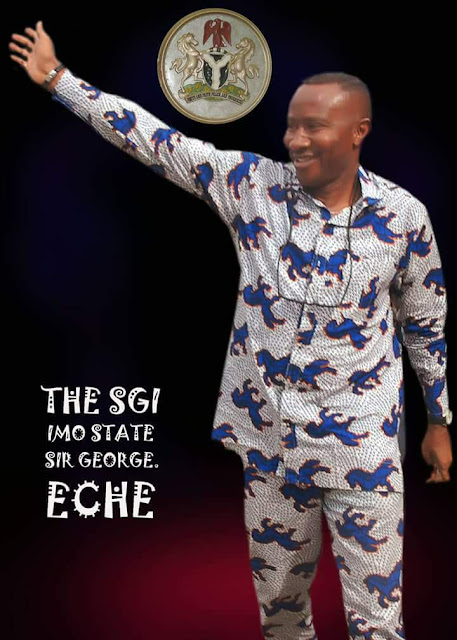 The secretary to Imo State government, Sir George Eche has declared his intention to run for the Federal House of Representatives seat for Aboh Mbaise_Ngor Okpala Federal Constituency.
Eche who was Okorocha’s former Accountant General and permanent Secretary Ministry of Finance Ifeanyicy.com learnt made his intention known while briefing Chieftains of the All Progressives Congress, APC, in his local government Area weekend.
Eche was a carrier civil servant in Imo State ministry before Okorocha’s appointment as Accountant General, Permanent Secretary and Secretary to the State Government.
He is rumoured to be aspiring for Imo State Governorship, but his recent declaration for House of Representatives seat has laid to rest such wide speculations.
#IFEANYICYMEDIA #IFEANYICYBLOG ©IFEANYICY.COM #NEWS #POLITICS