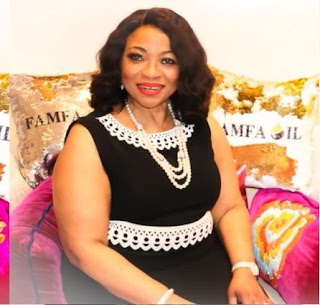 Nigeria’s richest woman, Folorunso Alakija, has revealed how the oil block which allocated and licensed to her company came to be the chief cornerstone in West Africa and Africa as a whole after initially being rejected by most oil companies years ago.

Mrs. Alakija also revealed how her company fought the government in court for 12 years over profit sharing and became victorious as she attributed the victory to God.

Below is what the Oil tycoon and billionaire shared on her social media page;

My encounter with the glory of God... When I got to my wit’s end, I covenanted with God for blessings in return for a life long work and walk with Him.

To say that I did not see HIS Glory come into my life would mean I have turned God into a liar. It is only God who could have brought me from the back burner to the front burner. He Himself orchestrated and organized by divine intervention, the beginning and continuation of our delving into the oil industry.

The oil block allocated and licensed to us was not wanted by any oil company; we accepted it by faith and it has become the chief cornerstone in West African and Africa as a whole. The Government came back to “take” 50% out of our 60%, but after a 12 year battle in court, all was restored to the glory of God.

God has continued to be faithful as to be expected and I am here today as part of my fulfillment of my obligations to that covenant.

Therefore Receive the anointing to prosper.