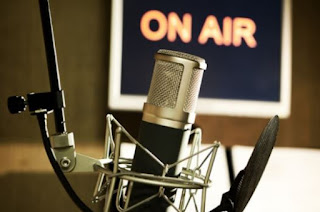 The National Broadcasting Commission (NBC), the broadcast industry regulator has sanctioned 86 broadcasting stations in nine zones of the country for various offenses resulting in contravention of the provisions of the Nigeria Broadcasting Code.

Head Public Affairs at NBC, Mrs. Maimuna Jimada, who confirmed the sanction, said the contraventions included breaches of the rules on vulgar lyrics, unverifiable claims and hate speech among others.

According to her, “The Commission wishes to re-iterate to all broadcasters that they have a duty to promote the socio-economic well-being of the Nigerian state and abide strictly by the provisions of the Nigeria Broadcasting Code.”

A detailed list of the errant stations and the sanctions applied, showed that NBC investigated 10 zones across the country and discovered that broadcast stations from nine of the 10 zones contravened the Nigerian Broadcasting Code. The zones investigated included Abuja, Benin, Enugu, Ibadan, Jos, Kaduna, Lagos, Maiduguri, Sokoto and Uyo. Among the 10 zones, only one zone, which is the Sokoto zone complied fully with the broadcasting code and was not fined.

Having sanctioned the broadcasting stations, NBC directed them to pay their fines without delay.

The Commission also advised other stations that have complied with the broadcasting code, to continue to do so in the interest of the country, and warned those stations that erred to amend their ways immediately.

The NBC also warned against unprofessional broadcasting that could incite the people against each other, especially as the country is preparing for its 2019 general elections.

The Director General of NBC, Is’haq Modibbo Kawu, had warned broadcasters not to broadcast contents that are not factual and capable of destabilising the Nigerian economy. “Permit me to remind our broadcasters, that as we approach the electioneering period, stations must do everything professional to promote democracy. Broadcasters are reminded that they have a duty to respect all extant laws related to the reportage and coverage of the electoral process. Don’t broadcast campaigns when the period for commencement of campaigns have not commenced.

We are disturbed by the pattern of insensitive and inflammatory broadcasts emanating from some broadcast stations, especially in their coverage of national crises, like the Herdsmen/Farmer crises,”
Kawu said recently.

According to him, “We have observed that some stations deliberately and repeatedly air very inciting contents long after the events break. We have warned stations that they must follow the tenets of the Broadcasting Code. Having warned broadcasters, we shall follow up with appropriate sanctions should any station continue to violate the Broadcasting Code.
Posted by Unknown
Labels: News