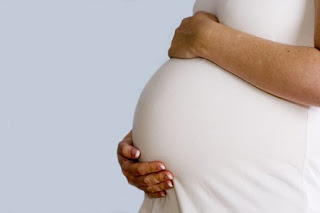 Uche Duru, a 33-year-old commercial motorcyclist, has threatened to dump his wife, Rita Nwolu, for being pregnant while still nursing their two months’ old baby.

According to a Punch Metro report, Duru also accused his wife of running away from home to join a baby factory, adding that she was attempting to sell the two-month-old baby to one Mrs. Ngozi Egeonu for N300,000.

He alleged that Egeonu was running a baby factory and had rented an apartment for Nwoli so as to co-opt her into her baby factory.

“I have been looking for my wife since December. I never knew that she had already sold my baby to a woman for N300,000. I also learnt that she is two months’ pregnant; how can my wife who was delivered of a baby two months ago be pregnant?

“I am not the owner of that pregnancy because I did not sleep with her. I have not seen her for the past two months and it is the police that discovered that she went to sell my baby. I will leave her if she fails to tell me where the pregnancy came from,” Duru added.

Thanking the police for recovering his baby, Duru explained that though he and Nwolu had been living together, he had not finished paying her bride price.

But the wife, who looked worn-out, disagreed with Duru, insisting that her husband impregnated her, even while she was still nursing her two-month-old baby.

“My husband is the owner of the pregnancy. He impregnated me. After I gave birth to the baby, my husband would smoke Indian hemp and forcefully sleep with me.

“It continued to happen like that until I noticed that I was pregnant. Each time I refused to have sex with him, he would use a cutlass to threaten me,” she said.

She denied selling the baby, explaining that since there was nobody to take care of her, she decided to hand over the baby to a Egeonu, who promised to take care of the baby.

When confronted, Egeonu denied running a baby factory, explaining that what she ran was an orphanage in Owerri, Imo State.

She also denied buying Nwolu’s baby, but claimed that the N300,000 she offered the nursing mother, was to take care of the infant and her other children.

However, the Deputy Commissioner of Police in the Rivers State, Mr. Cyril Okoro, said men of the IGP Monitoring Unit, on February 16, 2018, arrested Nkechi Uzoemene, Roseline Okey and Nwolu, who allegedly conspired to sell a two-month-old baby boy without the consent of Nwolu’s husband.

Okoro said, “The suspects were said to have conspired amongst themselves and sold a two-month-old baby boy belonging to Rita Nwolu for the sum of N300,000, albeit without the consent of her husband, Uche Duru.

“The child was sold to Ngozi Egeonu in Owerri, Imo State. However, on the execution of a search in the house and premises of the buyer, operatives recovered nine pregnant young women, whose pregnancies have been mortgaged.

“Further investigation led to the recovery of the two-month-old baby boy at No. 24, Egbelu Street, Rumudara in Port Harcourt, where the duo of Ugo Amarachi (female) and Benjamin Amuobichukwu were arrested.”

Okoro explained that all the suspects had since confessed to being complicit in the alleged offence and would be charged to court soon.
Posted by Unknown
Labels: Gist