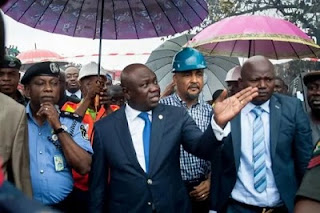 The Lagos State Building Control Agency has sealed a zonal headquarters of the Redeemed Christian Church of God under construction in Ajegunle, a hotel in Ikeja and six other buildings for illegal development and breaking government seal.

The RCCG parish, located on Old Ojo Road in Ajegunle, was accused of breaking government’s seal after a stop-work notice was served.

Four other buildings on Old Ojo Road were sealed for the same offence.

A shopping centre in Ajeromi was also sealed for erecting a third floor without approval. A plaza being erected in the Boundary area of the state and two buildings by the same developer on Chidi Street, Ajegunle, were sealed.

De-Golden Guest Hotel in the Opebi area of Ikeja was closed as the government accused the developer of converting a residential building to a hotel without approval.

No fewer than 11 persons working on the sites were arrested and arraigned at the state mobile court, which sat in Ebute-Meta on Saturday.

The accused were granted bail, while the trials were adjourned till February 12, 2018.

LASBCA General Manager, Olalekan Shodeinde, who led the government’s team on Saturday, said all the structures had been sealed, adding that their owners ignored government’s warnings and continue construction.

“This year, we will come hard on defaulters who break our seals. Once a building contravenes the law, anybody found in it will be arrested and prosecuted,” he said.
Posted by Unknown
Labels: News