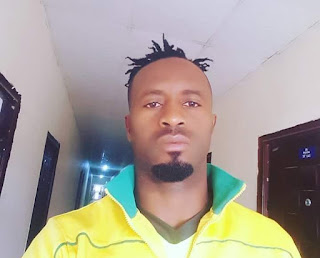 The management of Kano Pillars FC on Monday confirmed the death of their defender, Chinedu Udoji, who died in a ghastly auto crash in Kano late on Sunday.

The Media Officer of the club, Idris Malikwa, told the News Agency of Nigeria (NAN) in Kano that the players was involved in a car accident after visiting his former team mates at Enyimba FC in a hotel.

“This tragic accident happened along Club Road in Kano and his remains had been deposited at the Murtala Muhammad Hospital Mortuary.”

Malikawa said that an official of Kano Pillars was processing a police report on the accident at the Kano State Police Command headquarters in Bompai, Kano.

Udoji was voted Man of the Match in the NPFL Week 9 match against his former club, Enyimba, which ended in a 1-1 draw on Sunday.

The defender joined Kano Pillars last season after spending seven years with Enyimba . He had also played for FC Abuja.