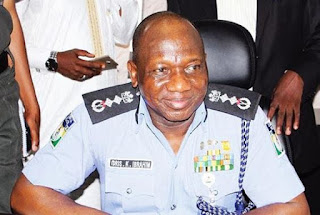 Inspector-General of Police, Ibrahim Idris, has declared that the Force is ready for the 2019 general election.

He spoke in Lagos at the weekend during a book presentation.

Idris noted that the country’s security challenges would be contained if Nigerians pursued true reconciliation and shunned inflammatory comments.

“The challenges we are having with these herdsmen have gone down. In Benue, we have 15 units on ground and I have been monitoring their successes.

“Based on that, people have been coming openly to state their problems and it is through this that we can understand each other and reconcile our differences.

“The role of traditional rulers in this reconciliation process cannot be over-emphasised because most of them have the ears of their people. When you have political disagreement in these communities, these traditional rulers are handy.

“There are farmers/herders clashes, assassination for various reasons, conflicts among the divergent communities, which often take dangerous dimensions and occur along the fault lines of ethnic, religious, regional and political differences.

“These challenges if not properly managed at the pace we are going, coupled with inflammatory and inciting statements will tear this country apart and drag us into unending crises.

“It is my conviction that when there is security, justice, peace and reconciliation in any nation, civil strife will be avoided.”
Posted by Unknown
Labels: News