Menu
Home » Politics » “If the only sin Uche Nwosu has committed is marrying my daughter then he has no sin". -- Okorocha

“If the only sin Uche Nwosu has committed is marrying my daughter then he has no sin". -- Okorocha 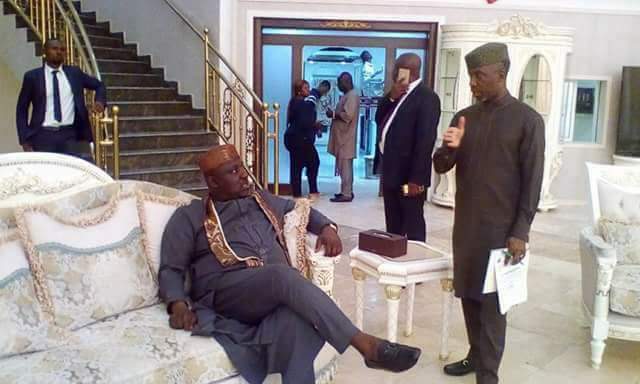 -- SAYS EHIME MBANO LGA PEOPLE HAVE NOT FAILED HIM

- AS THE GOVERNOR SAYS UCHE NWOSU WILL DO BETTER THAN HIM

Governor Rochas Okorocha has said that Ehime Mbano is one of the Local Governments in Okigwe Zone the people of the area have not failed him but have rather given him their full support, adding that he has thrown up a new leadership in the area that is changing the story of the area for good.

The governor spoke when the officials and leaders of All Progressives Congress, APC came to the Government House to endorse Chief Uche Nwosu for the 2019 governorship and also handover to him the document to that effect on Wednesday, February 28, 2018, expressing delight that everybody and every group even the opposition are all talking about Uche Nwosu for governorship in 2019.

His words “If the only sin Uche Nwosu has committed is marrying my daughter then he has no sin. It will be painful to me if all I have labored to achieve will be destroyed after I have left in 2019. I am therefore keen in who succeeds me. Who won’t allow the State to go back to Egypt. Who will not damage all the good works we have done. 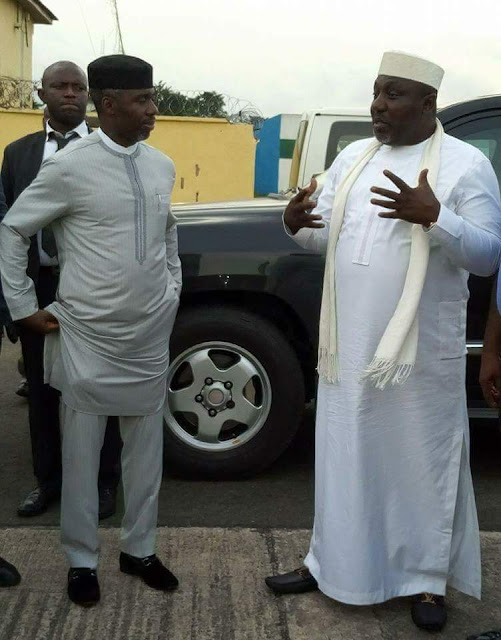 “Who will not stop free education, stop urban renewal, ensure Political tolerance, maintain all the achievements of the government as if his life depends on it. That’s my interest. What will Uche Nwosu do for me? Since he married my daughter he has only bought two shoes for me. One pair does not even enter my legs. My interest is good governance”, he stated.

The governor continued, “So the issue of Uche Nwosu being my inlaw is neither here nor there. America where we copied our democracy, such petty issue does not come up at all. We know about the Clintons and the Bush family in America. No American talked about Mrs. Hillary Clinton being the wife of former President or Bush Junior being the son of former President. When will our own democracy grow?

The governor further stated “What we desire is good governance and not the issue of inlaw. Uche Nwosu from all indications will do better than me. He has shown the signs. That is my interest. You don’t build a good house and allow it to be destroyed by someone who does not have the interest of the house at heart. Uche Nwosu will do well as a governor”.

He remarked “I have come to change the old order that never allowed the young and godfatherless ones to grow. And by the grace of God we have succeeded. Our people should not be allowed to be deceived. I will give Ehime Mbano all the supports”.

The leader of the Ehime Mbano delegation, Chief Emma Buka Iwuanyanwu told the governor that they were not under obligation to endorse Uche Nwosu for the 2019 governorship but that they have closely watched him and others and have seen that he is the best person to succeed him, adding that they would not take all the achievements of the administration for granted. 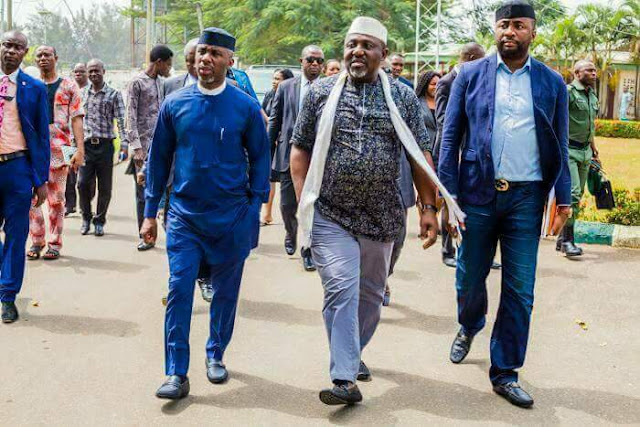 He said “We didn’t just wake up and decided to endorse Uche Nwosu. We took our time and analysed the situations and arrived at the conclusion that he is the most qualified to succeed the governor in 2019. He is never under tension inspite of the pressure of work on him. We want continuity of the good works,

“We appreciate all you have done for the State and Ehime Mbano in particular. And we will use our votes to say thank-you to you in 2019”, he stated.