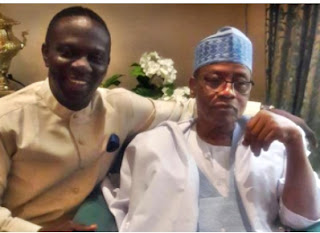 Kassim Afegbua has just arrived at the headquarters of the State Secret Service to honour an invitation.

Kassim Afegbua, the spokesman of former military ruler, Ibrahim Babangida, has arrived at the headquarters of the Department of State Secret Service (DSS) to honour an invitation over a statement he released unbehalf of his boss last week.

According to PREMIUM Times , he arrived at about 12:46 p.m. Thursday with eight lawyers.

Recall that Afegbua received a verbal invitation from the DSS on Wednesday, and he planned to honour it today.

He was also declared wanted by the Police , and turned himself in at the Force Headquarters on Wednesday morning, but was released without charges after being questioned for only 25 minutes.

This is a developing story, we'll bring you more details shortly...
Posted by Unknown
Labels: News