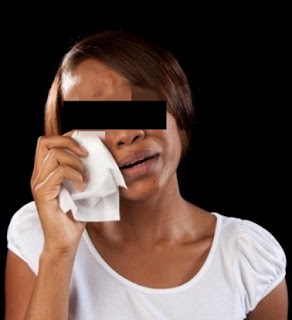 A woman who has been married for 10 years has dragged her husband to court accusing him of trying to kill her.

A housewife, Mrs. Odunayo Agbetuyi, on Thursday sought an order of the Customary Court in Ikole-Ekiti for the dissolution of her 10-year marriage to her husband, James Ijarotimi, over alleged battery.

The estranged wife was seeking separation on the ground of alleged constant fighting, assaulting and fighting plaintiff’s parents.
Odunayo also claimed that her husband did not care for her.

She told the court that the beating she received from her husband was too much, adding that she was no longer interested in the union.

“My husband sponsored my NCE education, learning of craft, (hairdressing) and also paid for my graduation, but he beats me too much.’’

She prayed the court to grant her custody of their four children, and N5,000 monthly maintenance allowance on each child totalling N20,000.

She left her husband’s house three years ago, she deposed.

When the plaintiff’s claims were read to the respondent by the court, he denied all allegations but said if his wife wanted a divorce, he was not objecting to it.

After hearing the prayers of both parties, the President of the three-man panel, Mrs. Yemisi Ojo, adjourned the case until Febuary 19 for continuation of hearing.
-NAN
Posted by Unknown
Labels: Gist