Menu
Home » Celebrity gist » How Iyanya, Timaya And Praiz Stopped Talking To Me After I Got Married - OAP Toolz Blows Hot

How Iyanya, Timaya And Praiz Stopped Talking To Me After I Got Married - OAP Toolz Blows Hot 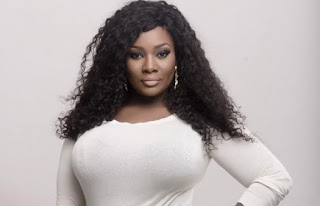 Toolz is very popular as an On Air Personality and has a lot of loyal fans who regularly tune-in to listen to her show, "The Midday Show" on Beat FM every weekday.
The OAP has now called out some Nigerian artistes who stopped talking to her immediately after she got married.

According to her, Praiz, Iyanya, and Timaya refused to communicate with her immediately she tied the knot with her husband, Captain Tunde Demuren.

Toolz who goes by the real names, Tolu Oniru confronted Praiz after his radio interview with with Oliseh and Maria Okan on Beat FM. He accused the artiste of severing ties with her, despite being a very close friend before she got married.

According to the OAP, some of her male “friends” in the Nigerian music industry whom she thought were her friends left her immediately she got married and one of them is Praiz who she was opportune to speak with and hear his reason.

But in his response to the accusation, Praiz mentioned that he didn’t severe ties with the OAP, what he did was only to minimize the frequency of communications with her and this was just to respect her marriage to the Captain.

According to Praiz he had to discontinue the constant communication with Toolz because he felt he was bonded to her sort of, and when she got married he had to step back so it doesn’t look like an intrusion into her marriage.

Timaya, on the other hand, had mentioned that the moment Toolz got wedded, she was dead to him. He apparently kept his words because according to the OAP, he hasn’t even communicated with her for once ever since.

She said Iyanya, despite being a friend that communicated with her almost on a daily basis then, just stopped immediately and nothing was heard from him anymore.

Toolz revealed she wasn’t happy with their decisions because she thought they were friends.
Posted by Unknown
Labels: Celebrity gist