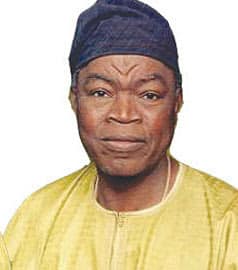 Retired Brigadier General John Nanzip Shagaya, who served as Minister of Internal Affairs between 1985 and 1990 under the military government of General Ibrahim Babangida, has died at the age of 75 in a ghastly road accident.

Shagaya was also a former Senator who represented Plateau South Senatorial District between 2007 and 2011. He died Sunday afternoon in a ghastly motor accident around Amper in Kanke local government area of Plateau state.

He died after he was rushed to a hospital in critical condition. He was said to be returning to Jos from his hometown of Langtang North LGA where he had spent the weekend. 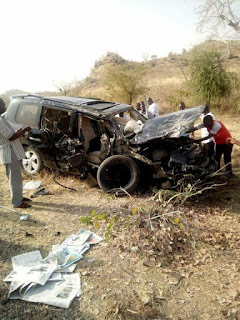 Shagaya, who represented Plateau South Senatorial District between 2007 and 2011, was recently appointed as the board Chairman, National Institute of Policy and Strategic Studies (NIPSS) by President Muhammadu Buhari.

The late senator’s death comes one month short of the one year anniversary of his late wife, Pauline Shagaya who died in March last year.

The late Shagaya was also a member of the Armed Forces Ruling Council and a member of the Police Council under Babangida. He also served as chairman of the committee set up in 1987 to decide on Nigeria’s membership of the Organisation of the Islamic Conference, among others.
Posted by Unknown
Labels: News