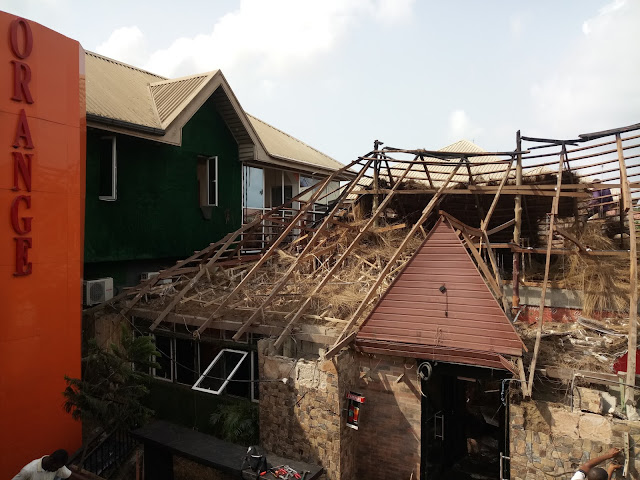 There was a fire outbreak yesterday night Monday February 5, 2018 at the popular Owerri night club and lounge, ORANGE ROOM , located along World Bank Road, New Owerri, Imo State capital.
Properties worth several millions of naira were destroyed as a result of the inferno which started at about 12pm, but the Chief executive officer of the Club who was away in their Port Harcourt branch , Rivers State, while speaking to IfeanyiCy blog on phone thanked God that no life was lost.
Prince Francis Uzor, was full of praise for the support and solidarity from the good people of Imo State, taxi drivers, clubbers and government of Imo State who were on hand to ensure that the fire was immediately put off without affecting the main building, he singled out the Imo State Government House fire service immediately mobilized by the Deputy Chief of Staff (Operations), Hon Kingsley Chima Uju for special thanks for their urgent intervention. 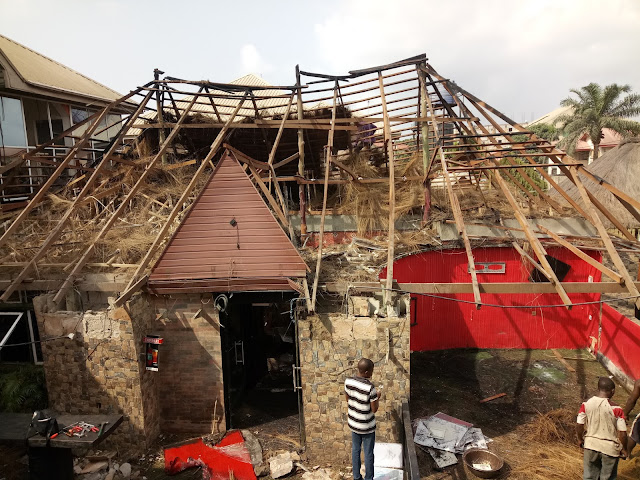 The cause of the fire has not been ascertained as at press time.

A source who craved anonymity told Ifeanyicy.com that the fire started from the roof top of the detached club house. Terrible as it was, no clubber or staff had an injury, neither was there lost of life.

When Ifeanyicy.com visited the Orange Room Club today's morning, total renovation had already commenced on the part that was affected by the inferno, and the management had assured customers and clubbers that the two main building of the club will continue with commercial services non stop even tonight, as only the detached house of the building was rocked by the inferno. 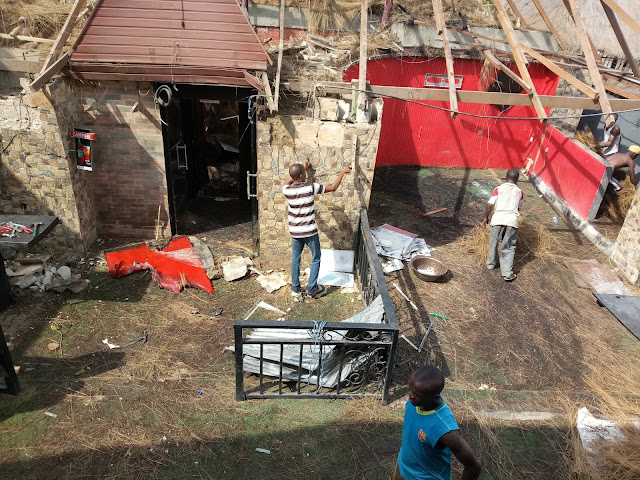