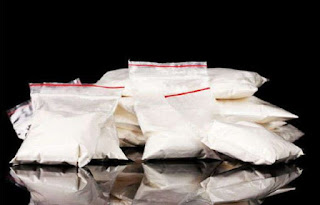 A suspected drug courier has broken the record, having abstained from using the toilet for 24 days so far.

The Police arrested Lamarr Chambers on suspicion that he had ingested wraps of drugs, with the intent to sell them later.

It has been 24 days since Chambers was arrested by Essex Police for being a suspected drug dealer. And during those 24 days, he has not been to the toilet once.

Why, you ask? Well, it is thought he allegedly concealed drugs on himself before his arrest as part of an operation targeting street crime.

Now, officers are waiting with bated breath for him to go. Essex Police have been updating #PooWatch (as it is now known) about any sudden movements – but they have had enough.

Speaking to Metro today, a spokesperson for the force said they will no longer be issuing updates. Instead, they will make one final announcement ‘when he does what he needs to do’.

The longest an inmate has gone without using the toilet is believed to be 23 days – so, Lamarr has now broken the British record.

Chambers has been charged with two counts of possession with intent to supply a Class A drug, failing to stop and driving without insurance.
Posted by Unknown
Labels: Gist