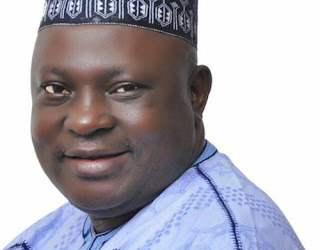 Speaking while contributing to a motion during a plenary session at the national assembly on Thursday, a lawmaker and member of the ruling All Progressives Congress (APC), Jagaba Adams, identified himself as a member of the opposition People’s Democratic Party (PDP).

The lawker who spoke on the urgent public importance on the need to add Kaduna and Plateau to a list of states under the siege of herdsmen, said: “I am of the Peoples Democratic Party”, a statement which triggered jubilation in the PDP camp.

According to PREMIUM Times , many members of the PDP were seen in jubilation as they congratulated the minority leader, Leo Ogor, who had been away for some time.

The speaker, Yakubu Dogara, who presided over the plenary, however, said as far as the House Was concerned, Jagaba remained a member of the APC until he officially informs the House.

The lawmaker had earlier in 2018 formally dumped Nigeria’s ruling All Progressives Congress, APC, and described it as a sinking ship, but did not communicate his decision to the house.

He also did not indicate he was heading to the opposition party. His declaration at the plenary was the first since his resignation from his former party.

Jagaba said he had expected to be expelled from the party in his home state but had since bade the members farewell.
Posted by Unknown
Labels: News