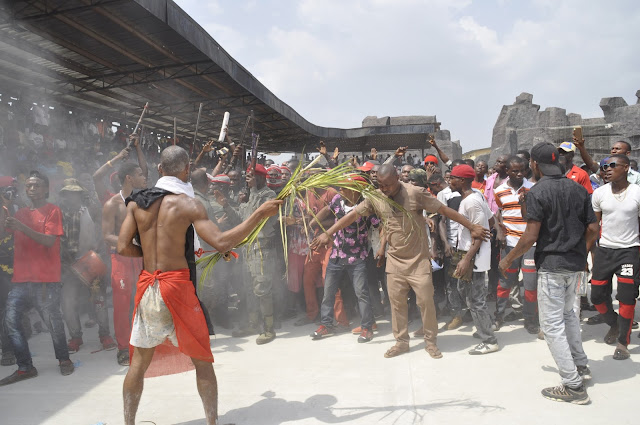 According to information made available to Ifeanyicy.com by sources close to government House Owerri, hundreds of  Don Wanney’s fighters from the Oil rich communities of Ohaji-Egbema and Oguta LGAs who had earlier rejected all the government’s overtures to enable them surrender their arms have finally done that. They surrendered their arms including explosives, rocket launchers and high-calibre rifles like AK47 at Heroes Square on Monday, February 5, 2018. The repentant militants made up of three groups were led by 3 generals, Emenike Agam (aka Baba Red Squad) , Ngoni Group led by Uche Onyenna (aka Onye Army), Egbema Marine, led by Justus Nmanwoke (aka General Ojoko) .
The 3 generals in their separate speeches, appealed to Imolites, the security agencies and the people of the oil region of forgiveness for making Awarra Court Area and environs uninhabitable and their roles in pipe line vandalism.
In his Speech, Don Wanney’s fourth in Command, General Red Squad whose real name is Emenike Agamu said the militancy group led by the late Wanney killed several people and blew up many oil pipelines.
They stated the death of Don Wayne prompted them to surrender their arms because they have come to realize crime does not pay. 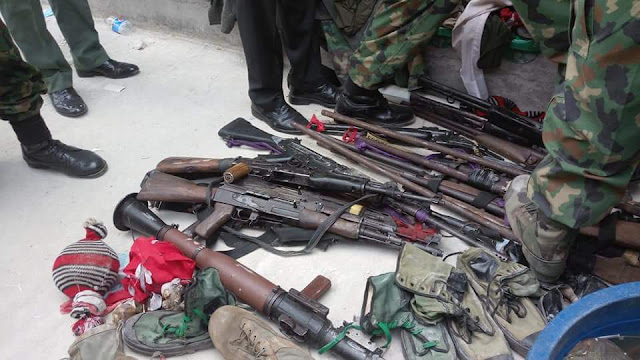 They also blamed oil companies operating in their areas of negligence and appealed to them to provide more jobs for Niger Delta youths and increase their contributions to develop the area that has given them so much returns on investment.
They also thanked Gov. Rochas Okorocha for appointing one of their own who understands their struggle, Hon. Chidi Andrew as ISOPADEC MD (designate).
They also commended Hon. Uju Kingsley Chima for his efforts in ensuring peace and development is restored in the oil region.
His Excellency,  Owelle Anayo Rochas Okorocha  commended the repentant youths for surrendering their arms and assured them of government support, he stated he initiated the amnesty program in Imo State about 2 years ago to eradicate terror and every form of restiveness from Ohaji/Egbema and  Oguta which was part of his campaign promises to the people and assured he would forward their case to the Federal Government . 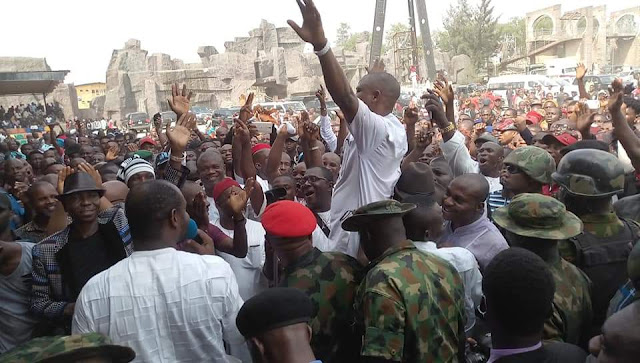 Gov. Okorocha stated terror is gradually living the oil region and charged the repentant youths to be agents of change while assuring them of government support and protection.
#IFEANYICYMEDIA #IFEANYICYBLOG ©IFEANYICY.COM 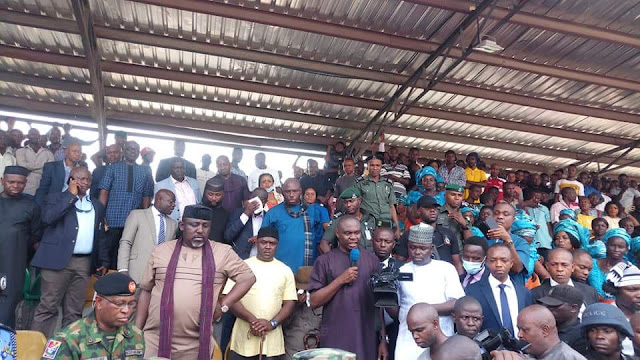 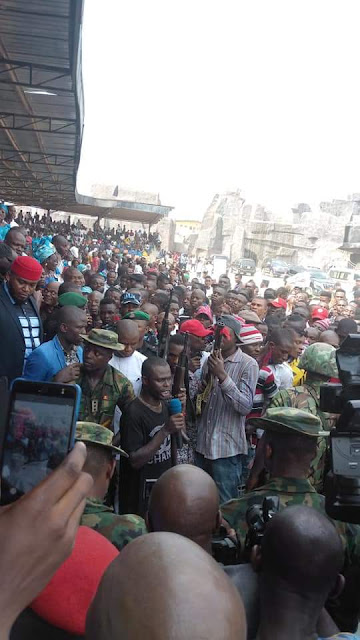