Dembele Is a 'Genius' Like Okocha - Tottenham Coach, Pochettino 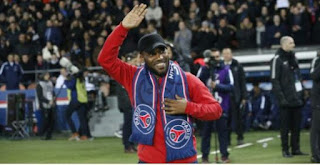 Austin Jay Jay Okocha, might have retired from football but his name still echoes around the exciting world of the game and the latest person to mention the Nigerian in good light is former teammate, Mauricio Pochettino.

The Argentine is currently the manager of high flying premier league side, Tottenham Hotspur and just at the weekend he branded his player, Mousa Dembele a ‘genius’ just like Okocha. 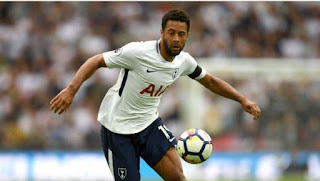 Dembele was instrumental for Spurs yesterday as they defeated hard fighting Burnley 2-0 to cut Chelsea’s lead on top of the premier league log to seven after the Blues lost 2-1 at home to Crystal Palace.

“I always say, 'Mousa, when I write my book I will say you are one of the genius players I have been lucky to meet'.

“They are (Diego) Maradona, Ronaldinho, Jay-Jay Okocha, Ivan de la Pena and Mousa Dembele. We've always told him that if we had taken him at 18 or 19-years-old, he would have become one of the best players in the world."
Posted by Unknown
Labels: Sports