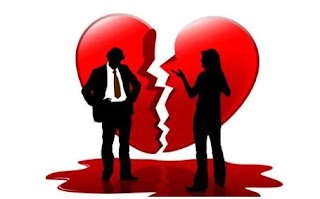 An Ikole-Ekiti Customary Court on Monday ordered the dissolution of the 17-year-old marriage between Kayode Ogunyebi, 60, and Jumoke Ogunyebi, 40.

In his judgement, the President of the three-member panel, Mrs Yemi Ojo, said that all efforts to reconcile both parties by the court had failed.

“The court found out that the relationship between the parties was lacking in love and understanding.

“Therefore, the court orders that both parties go their separate ways.’’

Ojo ordered that the respondent vacate the house of the petitioner within one week.

“Having established that the petitioner is owner of the house, the respondent should vacate the house within one week.

“The custody of the three children is, however, granted to the petitioner.

“But the respondent must be given access to the children particularly during holidays,’ ’ Ojo ruled.

Ogunyebi had approached the court to dissolve his marriage with his estranged wife on grounds of lack of love and irreconcilable differences.

“I want my marriage to my wife dissolved because she is always threatening to kill me.

“Jumoke lacks respect for me; there is no more love between us. She fight me always and have no respect for me and my family members.

“I want our marriage dissolved,’’ he had told the court.

The respondent, however, denied threatening to kill her husband.

“I have never threatened to kill my husband; I only advised him to quit his drinking habit which has now led to his ill health,’’ she said.