Checkout What President Buhari's Daughter, Zahra Has To Say About Valentine's Day 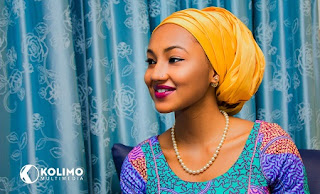 Zahra Buhari is one of President Muhammadu Buhari's daughters who is known to be an outspoken Nigerian.

The young woman who is now married to Ahmed Indimi, was actively involved in campaigning for her father in 2015 as she took serious part in major national discourse on social media.

Now, the outspoken First Daughter has spoken out about Valentine's Day.

According to her, the Valentine's Day should not be forced on anyone because not everyone believes in it.

Below is how she put it: 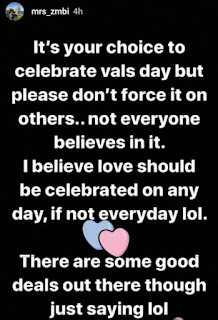