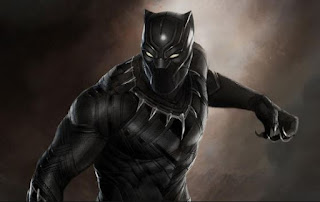 It is already looking big for Black Panther in the Box Office.

Black Panther which generated a record, $25.2 million on Thursday at its preview, also earned, according to Forbes, $50.6 million on Friday ($75.8 million).

With this, the film has clinched the number eight spot on the single grosses list. This also makes it the first film with the biggest superhero opening of all time.

CBR predicts $200 million generation by Monday. Already, its figures are looking up in the international market with $81.5 million. This number excludes China and Japan.

There are unconfirmed reports that a sequel might be on its way.
Posted by Unknown
Labels: Gist