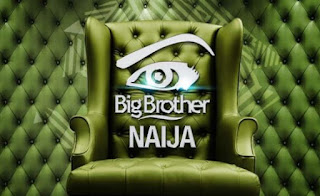 The third edition of the Big Brother Nigeria reality show is currently live and the frenzy on the internet has just begun.

Different people watch the show for different reasons, but one question that begs for answer is - what exactly is there for one to learn from the show?

Is it all about entertainment or some gathering of young people who go to the big screen to show display their bodies and make advances at one another.

Does the show really encourage talents like we were made to believe? Before you jump in and give a plethora of reasons why one should tune in to other channels, you really should bear in mind that the noise from fans of the show wouldn't let one sleep with two eyes closed.

Besides, for crying out loud, the key purposes of any show is to either educate, enlighten or entertain. Where exactly is the education, enlightment or entertainment in the Big Brother House because for all I care, it is an avenue to display lewd behaviours that can only make people get worse than they were before watching it.

Perhaps I live in a different planet where it is difficult to understand why twenty adults would be gathered in a premises for over three months without any particular focus.

Not to sound like a spoiler, we all do love to be entertained but the organizers of the show seriously need to do more to bring together people who have talents and skills that will make the world better and not some hot adults who could barely wait for a day before they get into the shower to kiss and kiss each other like it were some raunchy competition.

The last edition of the show became more like some p*rnographic show at some point with some housemates denying their families just to have a taste of another's private part.

Who didn't see all the unclothedness that were displayed by housemates in the last show? Of course everyone did, even those of us who are not interested were interrupted by the sight on the internet because hyperactive people couldn't resist the urge to share them all over social media.

Countless times, housemates were caught on cameras having s*x, kissing, giving each other blow jobs and engaging in all led sorts.

Not like anyone should dictate to adults what to do with their lives though, but we really expect more.

Sometimes, it is not enough to join the frenzy, we need the lessons from such reality shows to make better people in the society.