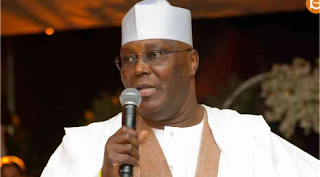 Ex-vice President, Atiku Abubakar has reacted to reports at the weekend which claimed that he is open to join the Olusegun Obasanjo-inspired Coalition for Nigeria Movement, CNM.

The former Vice President who recently returned to the Peoples Democratic Party, from the ruling All Progressives Congress, APC, while speaking with DAILY POST through his spokersperson, Mr. Paul Ibe, Atiku said he is committed to building a successful PDP.

“His Excellency is in the Peoples Democratic Party which is in expansion. The party is reaching out to its members who defected to the APC prior to the 2015 election and also reaching out to other political parties.

“Obasanjo’s Movement is an anachronism. No one knows the direction of the Coalition and you don’t expect his Excellency to be part of such movement.

“You can’t work with a man like Obasanjo who has dismissed your political party. He has even torn his membership card and declared his retirement from partisan politics. So what is his movement all about?