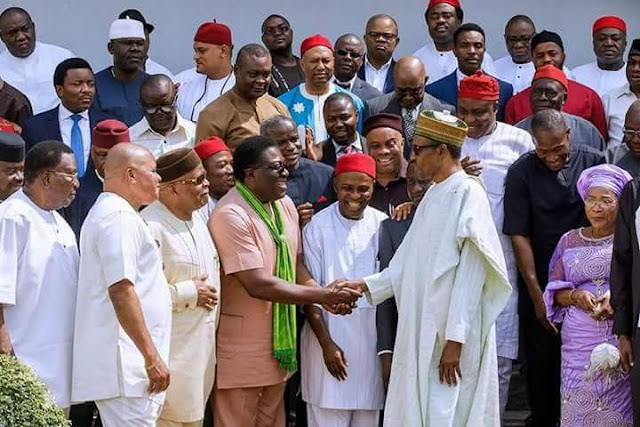 Leaders of the All Progressives Congress in Imo State, under the aegis of Concerned Imo APC stakeholders, have called on President Muhammadu Buhari to caution Governor Rochas Okorocha on his proposed primary to produce the party’ s governorship candidate in the state .

Okorocha had, last week, announced that the APC in the state would conduct a mock primary to produce the party’ s governorship candidate for the 2019 election .

Addressing a press conference on Saturday in Owerri , the state capital, the APC leaders described the governor ’ s proposal as “alien to the constitution and manifesto of the party. ”

Its state Coordinator , Mr. Emeka Nzeribe , accused the governor of introducing undemocratic methods , which he said were scaring people away from the party.

Nzeribe said, “The so -called mock primary , as announced by the Imo State Government , is alien to the constitution and manifesto of the APC. The state government is not empowered by any section of the APC constitution or manifesto to schedule modalities for the conduct of intra-party elections in our party. ”

He said only the national working committee of the APC had the constitutional power to handle such an assignment.

The APC chieftains urged all duly-registered members of the party, wishing to contest elections , to disregard the governor ’ s proposal by making themselves available for elective positions of their interest .

“ The governor has no right to determine who becomes the party’ s candidates at all levels in the state and also has no power to stop any aspirant from contesting elections .

“ The constitution and manifesto of the APC remain supreme. Members and leaders , no matter how highly placed , must abide by it ,” Nzeribe stressed.

Nzeribe also noted that they had already petitioned the national leadership of the party on why the excesses of the governor must be curtailed in order for the APC to retain the state in 2019 .