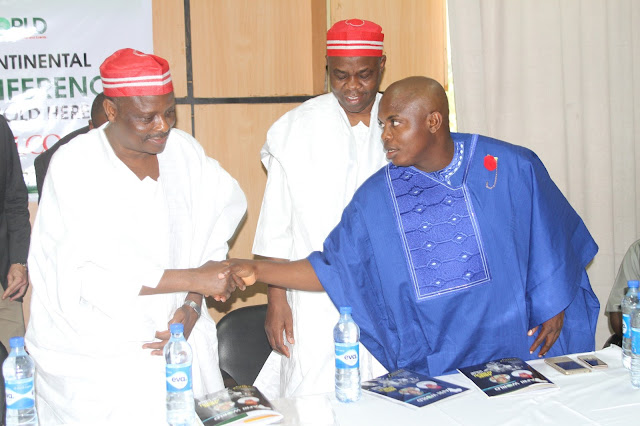 The Senator Representing Kano Central Senatorial District and a former Governor of Kano State, Dr Rabiu Musa Kwankwaso, has flagged off his bid to run for the 2019 presidential election.


Senator Kwankwaso who was in Anambra State on Thursday, where he met with the people of the South East States and the leadership of his group, the Kwankwasiyya Movement, and the Hausa community in the state told Ifeanyicy.com, that “The South-East geo-political zone is important in this journey because we cannot do without them, the Senator noted
In his address at the event, the presidential candidate asked for the support of the people to enable him achieve his presidential ambition.
He stated that the first hurdle would be to emerge victorious in the primary election.
He listed unemployment, incessant killings between Herdsmen and farmers and economic meltdown as what prompt his decision to contest.
In his words: “I am in this contest because I want to restore the lost glory of the country. I have come to see the people of the state and thank them for their supporting me.
According to him, election is not a do-or-die and my successor, Governor Abdullahi Umar Ganduje, who is opposing my ambition should have a rethink and join me to better the welfare of Nigerians.
“The only hurdle before us is the primary election. I assure you, if I am able to win the primaries, winning the main election will not be difficult because I know I will win.”
#IFEANYICYMEDIA #IFEANYICYBLOG #NEWS #POLITICS ©IFEANYICY.COM