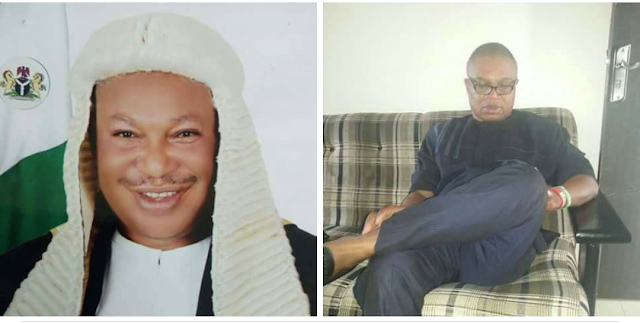 -- Okigwe zone has lost confidence in him

As political uncertainties continue to undermine and truncate the activities of the Imo state House of Assembly in the recent times, the Speaker, Rt. Hon. Acho Ihim, also seems not to be savoring any known respite even from the home front.

The Speaker recently came under severe criticism from one of his prominent constituent and the Director General, Benjamin Uwajumogu Campaign Organization (BUCO), a campaign outfit floated by the senator representing Okigwe zone, Sen. Benjamin Uwajumogu, during the 2015 general election.

In an interview with reporters, the DG, Chief George Mmaduewesi, (Onapuruagu) described the Imo Assembly Speaker as a "colossal failure", who has not only disappointed his colleagues at the state Assembly as their presiding officer, but to Okigwe local government in particular and Okigwe zone in general.

He added that the Speaker who practically sits at the third echelon of leadership in the order of governance in the state, has lost the confidence of his people, having allegedly "squandered the goodwill earlier given to him by the people of the zone".

Chief Mmaduewesi, who came hard on the rumored governorship ambition of the Speaker, described him as a political featherweight who cannot win even his electoral ward without "extraneous assistance".

The visibly angered APC Chieftain however wondered why Rt. Hon. Ihim would continue to be parading himself as the Speaker representing Okigwe area, as according to him, "when it is so obvious that he has failed in all ramifications".

"What can Acho Ihim shamelessly boast of, in terms of projects that he has attracted in Okigwe? Okigwe local government and the zone are watching over what he is doing with the office of the Speaker which was given to him, and at the appropriate time, we shall ask him some questions".

"On his imaginary governorship ambition, well, we know political featherweights whenever we see them, and Acho Ihim is one of them. A man who cannot win his electoral ward comfortably without extraneous assistance, eyeing the governorship seat is most ridiculous".
Posted by IfeanyiCy Njoku
Labels: Politcs