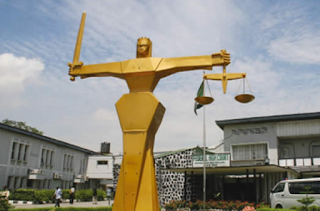 A teacher, Joshua Babatunde, was yesterday, arraigned in an Ikeja Chief Magistrate’s Court for allegedly raping his neighbour’s daughter.

Babatunde, who resides on Ogunshola Street, Alaguntan, Alimosho, a suburb of Lagos, is facing a charge of rape.

The police prosecutor, Sergeant Raphael Donny, told the court that the offence was committed on January 11, at Animashaun Street, Alaguntan.

According to Donny, the defendant lured the 16-year-old girl to his friend’s house under the pretext of sending her on an errand, but shut the door and raped her.

He said: “The defendant had sexually molested the girl for about three times in his friend’s house, and had always threatened to deal with the girl if she talks.

“The defendant’s friend didn’t know anything about this because he travelled and gave the house key to him.”

Donny added that luck ran out on the defendant when one of the neighbours peeped through the window and caught him molesting the girl.

“The woman, who saw him, raised the alarm and the defendant was apprehended,” the prosecutor said.

The offence, he said contravened Section 259 of the Criminal Laws of Lagos State, 2015.

The accused, however, pleaded not guilty to the charge.
Posted by Unknown
Labels: Crime