RE: WHO IS SENATOR IFEANYI ARARAUME POLITICALLY? By ONWUASOANYA FCC JONES 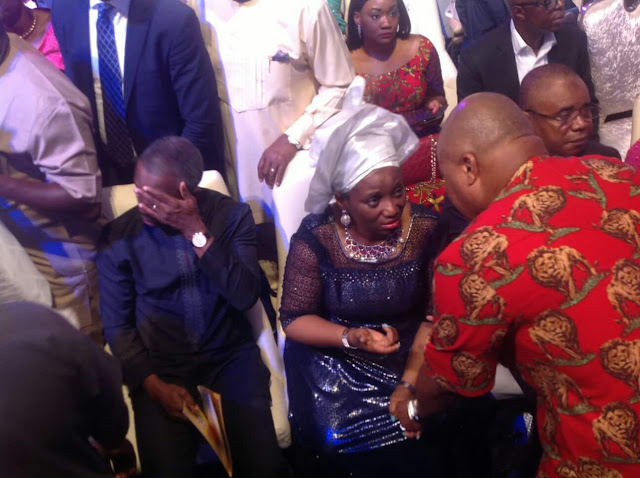 ARARAUME IS THE POLITICAL FURTHER MATHEMATICS EQUATION YOU DO NOT KNOW ITS FORMULA.

Ordinarily, i would not have joined issues with FCC Jones whose trademark is sycophancy and dishonesty. I would have "kept  it in view" or treat such with a wave of hands but for some  misleading contents therein. The said publication was designed to confuse the public and cause disaffection among the good people of Imo State. It shows nothing but fear in that camp the Distinguished senator is not perturbed with their day-in day-out activities.

Araraume till today, have not mobilised any group of persons for internet attacks unlike what we have today littered all over Imo State internet space on hard labour marketing an incumbent governor and his unpopular administration. The distinguished senator that I know, will never engage people like Jones Fcc Onwuasoanya who has no integrity. He believes in making practical moves, he is the man who allows you do the talking while he makes it happen. 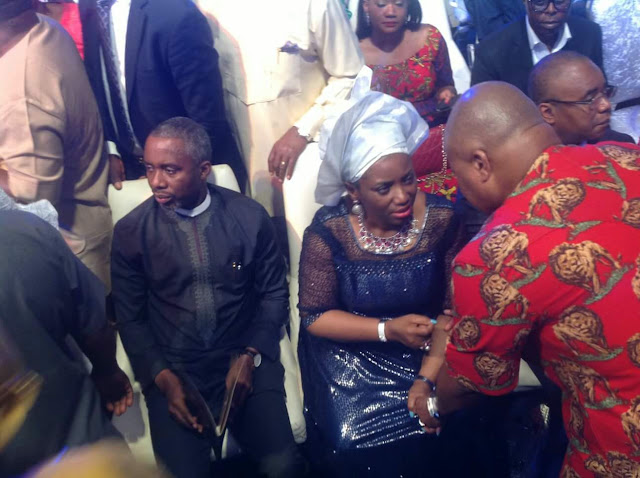 Presently, the shameless FCC Jones who once wrote against Chief Uche Nwosu and presented him as a criminal while pitching tent on Chief Ikedi Ohakims' camp and PDP,  just before he took his "Loamysoil paint" to the government house to compliment the China Community in Imo State that saw brown envelope exchanging hands should have concentrated on strategies to redeem the Image of Chief Uche Nwosu that he battered long ago when he branded the Chief of Staff a criminal.

We recall that it was this same FCC Jones who brought to the attention of Imolites that Chief Uche Nwosu stood for Governor Ohakim's 10,000 jobs aptitude test and failed the merit, where he also laid claims that Chief Nwosu was a nobody before he became a commissioner which he earned by his fortunate membership to the Okorochas as their son in-law after impregnating the governor's daughter out of wedlock while serving Chief Rochas Okorocha as a houseboy and was forced to marry her. How could he forget so soon? The power of brown envelope, lack of integrity or dementia? 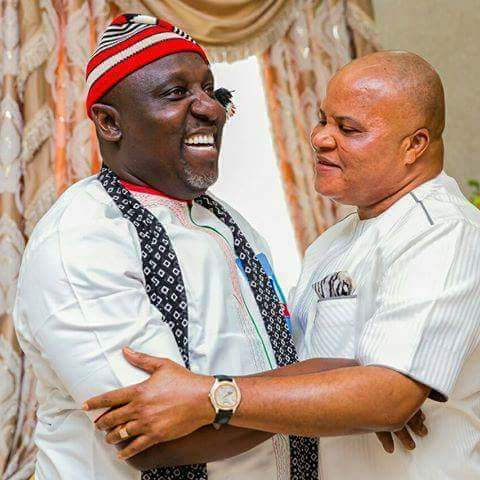 Albeit, I sympathize with the Governor for employing a Sycophant to barefaced the jittery state of his (Okorocha) mind and camp. The shameless painter demonstrated to Imolites the level of tension and panic in the marrow of the Rescue Mission camp at the moment for the overwhelming support Senator Araraume and Destiny Organization are enjoying presently. Where was FCC Jones before the second term of Governor Okorocha? Maybe he was busy buying whistles for the Ka'Opuo mantra.

How could he attack the personality of the man who made the painting contrats with Rescue Mission possible for him and decorated the table upon which they are being fed today?

For record purposes and in reaction to the criticisms of the writer for the claim that "Senator Araraume was not instrumental to the survival of the second term bid of Gov. Okorocha during the PDP onslaught against him which the party is still experiencing at the moment even without Araraume. It was very glaring as at that time, the only surviving choice he had was to run to the Isiebu born political icon and the leadership of the most intact, most maintained, most sophisticated and most formidable structure ever in the state the (Destiny Organization) that contributed immensely to that goal with Araraume as the kingpin.

Okigwe zone was wholeheartedly a determining factor then in the sense that Imo State was in tripod. Gov. Okorocha, as a candidate of APC from Orlu zone had Prince Eze Madumere as his Deputy from Owerri Zone While Rt. Hon. Emeka Ihedioha, of the PDP from Owerri zone had Hon. Chuma Nnaji from Orlu as his Deputy. The only zone left to determine the would-be Governor was Okigwe. This zone is where the former  Governor, Chief Ikedi Ohakim of Imo State came from under the the platform of PDP and also had Senator and House of Representatives elects as at the time with the exception of Chike Okeafor from APC who had an infinitesimal control in his locality. Senator Araraume was the only notable leader who has gone through the rigorous experiences of election that threw his support on APC to CHANGE THE GAME. 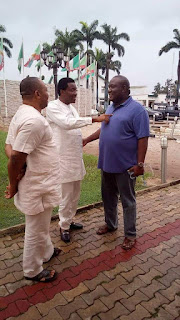 In Imo State, everyone knows Okigwe where i  come from as PDP predominant zone prior to 11th April 2015 Governorship election, with people like Barr. Kissinger Ikeokwu, Chief Athan Achonu, Chief Chinedu Chukwuony(CODUC), Engineer Obinna Onwubuariri, Chief Ikedi Ohakim and many others Supporting Rt. Honourable Emeka Ihedioha and the election was not up to 4 days away before Governor Okorocha came knocking the gates of Senator Araraume at MCC Urata.

Governor Rochas Okorocha who admitted immediately after his victory that PDP lost the election because Rt. Hon. Emeka Ihedioha took the  party's ticket, added that he heaved a sigh of relief when it wasn't Senator Araraume the standard bearer of the party.

Have you asked the Governor, your paymaster why he made such a revealing statement or he didn't know that a day like this would come? Have you found out from him why he asked Imolites to thank Araraume for him at the government house chapel after that election? Have you asked why it was only Araraume who claimed the podium with Governor Okorocha lifting his hands at the victory gala night of the governor right inside IICC? Of course you wouldn't know because you were busy languishing in anger, attacking Owelle,  Uche Nwosu and Deacon Chike Okofor for your inability to deliver Governor Ohakim with all your facebook gragra, which earned you the petty brown envelope and painting of classrooms after barking like an Ekuke dog on the same people you praise to high heavens today.

Did you ask Governor Okorocha and his wife Lolo Mrs Nkechi Okorocha what they came to do in Senator Araraume's residence, driving himself without security operatives or protocols/ advanced team on Monday 6th April, 2015 by 1:00am along MCC road, Owerri, Imo State? 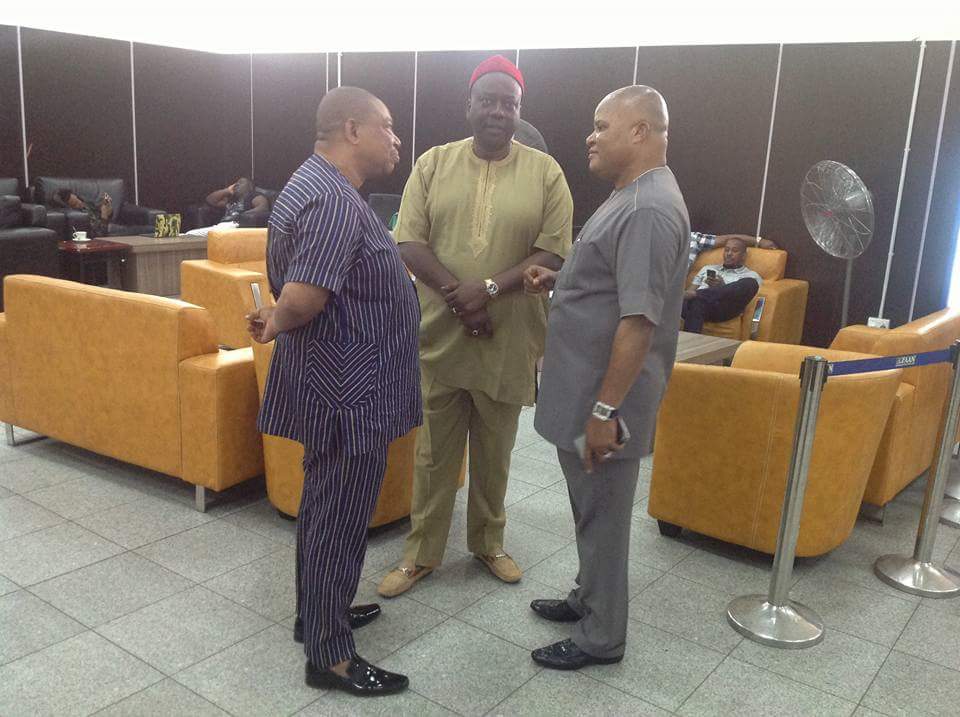 Have you asked Our Governor, Hon. Chike Okafor, Sen. Ben Uwajimogu, Hon. Uche Onyeaguocha, Hon. Matthew Omegra and other allies of the Governor how many times they visited Senator Araraume begging for his acceptance to support Owelle? All those visits were before the 11th April Governorship and State Assembly elections, mind you!

Meanwhile, after those visits of Owelle and team, the transparent, Accountable and purposeful administrator sought the opinion of the most formidable Destiny Organization. After which, a decision was reached to allow him say it himself before Destiny family in general. For your knowledge, Governor Okorocha, wife, and other rescue mission drivers visited Senator Araraume for not less than 5 consecutive times before he gave his nod, and we made that possible. Everything is on tape. Where were you when Governor Okorocha and his entourage visited the Destiny Organization headquarters along Onisha road to beg the Organization for support? Which other capacity driven leader was with Okorocha then? Was he not at the messy of Ka'Opuo confraternity?

You noted that Araraume lost Isialal Mbano in 2015 forgetting he was almost assassinated on the eve of that election which led to the untimely death of his Police orderly giving room for the manipulation of Isiala Mbano results while he took the bullet shattered officer to the hospital. The same manipulation saw the manipulator out of office through a competent court of justice when it was discovered and today, the rest is history.

Moreover, before you mislead our readers, between 1999 and 2007, Senator Ifeanyichukwu Araraume was one of the major pillars of PDP at the state and National levels. In Imo State, he used his enormous resources and vast contacts across Nigeria to stabilize the party and provide necessary support for the Party and the then State Government led by Chief Achike Udenwa. At a point in Imo, Senator Araraume was paying monthly salaries and allowances to PDP executives at local and state levels (JUST LIKE HE IS PAYING THE PRESENT APC SATE AND LOCAL EXECUTIVES LEFT TO DIE IN HUNGER BY YOUR NEW PAYMASTER FOR ALMOST TWO YEARS OF THIS ADMINISTRATION) ...even the rent and furniture in many PDP offices then from ward to state level was provided by Araraume all in a bid to develop the party and make it a strong platform for winning elections. Araraume was also active at the national stage, at different times heading appeal panels for elections and reconciliation established by the party to mediate in conflicts among party members. In Imo, he breathed life into the PDP by establishing structures in the 305 political wards in the state, which are still active running offices from chapters through the ward, local councils and state levels.

I urge you to understand that on that December 13, 2006 PDP gubernatorial primaries, Senator Araraume scored the highest number of delegate's votes, but did we care to find out why it was not enough to declare him the outright winner? Same Impunity Araraume have vowed to fight to a logical conclusion through the ambits of the law until sanity is restored! Further note that hours before that primaries were held, there had been signs in the air that the outcome of the exercise might be mired in controversies with the presence of the new moneybags. This was behind the backdrop of the sudden cancellation of the event on December 9 2006 and its eventual rescheduling for Wednesday December 13.

The exercise which was held as rescheduled, reportedly continued till the following day, December 14. In the unfolding development, Araraume polled 2,069 votes to emerge contender with the highest votes, while his closest rivals, Chief Hope Uzodinma and Chief Anthony Ezenna of Orange Drugs Limited, scored 1,649 and 1,388 respectively.

On that note, since we have it in our minds that Okigwe zone was predominantly PDP before Senator Araraume converted the constituents to APC. We saw how close ranged the election between Rochas Okorocha and Ihedioha was as the only votes from Mbaise axis got the Governor very close to losing that election. Do you know what it means for a sitting Governorto have won his election on supplementary basis. Kudos to the most Distinguished!

Are you half backed with information that you forgot Senator Araraume was a successful business man and the owner of Exclusive Super stores worth millions of Naira if not billions, engaged in community services which earned him the UGWUMBA OKIGWE title long 80s before venturing into politics. 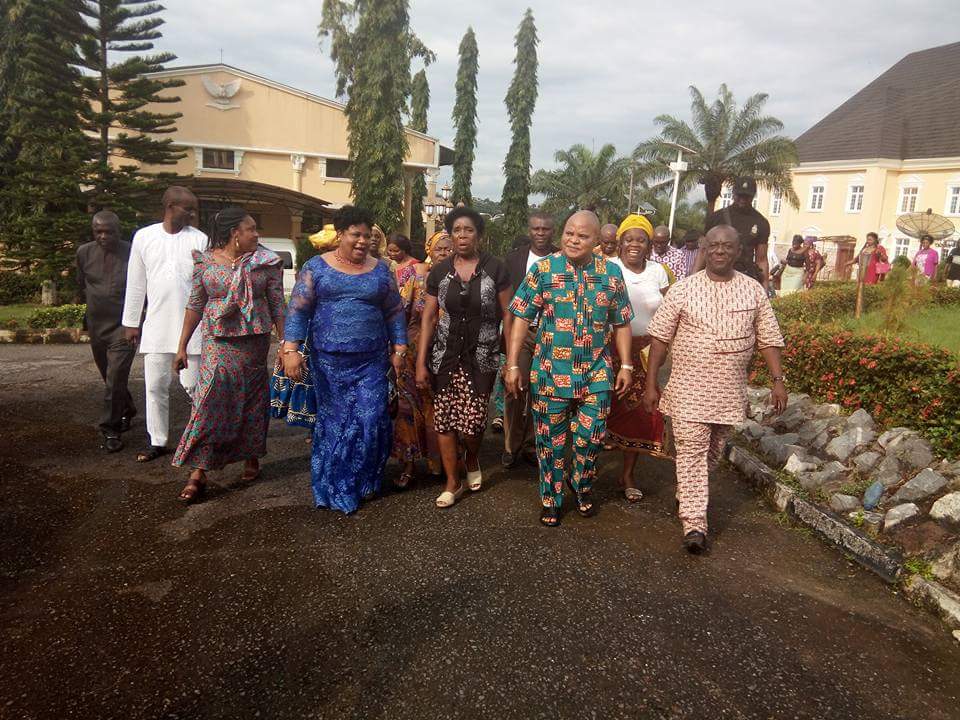 Did you also forget that Senator Araraume received the Justice Of Peace and an Award as the best serving Senator from southeast (2003-2007) by Encomium Magazine?

FCC Jones is nothing but an Ekuke dog that eats it's vomit, he should be considered a demented fellow and needs urgent restitution. His pen will write against Okorocha and Nwosu for Araraume soon but he will be disappointed for the envelope from this end will never get to him. Araraume is not as inferior as to engage the services of an unqualified painter and his loamysoil paints without trademark. He should keep selling his claymixed paints with his current"Chinese Community"