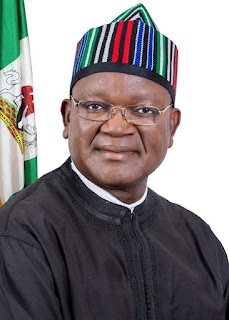 The Governor of Benue State, Samuel Ortom, on Friday said that the people of the state were still living in fear and that the state was still under the siege of Fulani herdsmen.

Ortom stated this while receiving some northern governors of the All Progressives Congress, led by the Chairman of the Northern Governors’ Forum and Borno State Governor, Kashim Shettima, at the New Banquet Hall, Makurdi, Benue State capital.

Ortom said that the fear of the people stemmed from continuous threats by the herdsmen, who despite the killings on January 1 and 2, 2018, had continued to issue threats on a daily basis that they would take over Benue land.

He said, “We thank God that peace is gradually returning to the state, but there are still pockets of challenges here; we know the challenges will soon be over because our people are always alert to give useful information to security operatives around.

“Let me tell you that our people are still living in fear and are under siege because of the series of threat by the Kautal Hore, which started the threat seven months ago. Theirs are not mere threats.

“We have evidence against them. What we are saying is that the Federal Government should arrest the leadership of Kautal Hore.”

Ortom, who appreciated the governors’ visit, said that the state was committed to one Nigeria and assured President Muhammadu Buhari of the state’s commitment to his administration.

The governor, however, expressed confidence that Nigeria would soon take its rightful position as the giant of Africa if leaders were sincere and stood by the truth.

“This country is blessed with the potential to be great in the world but that is if we leaders would stop pretending and stand by the truth. Though the state was getting over the senseless killings in the new year, there are still pockets of challenges,” he said.

He said that the crisis had made the people of the state to always be on the alert and give useful information to security operatives.
Posted by Unknown
Labels: News