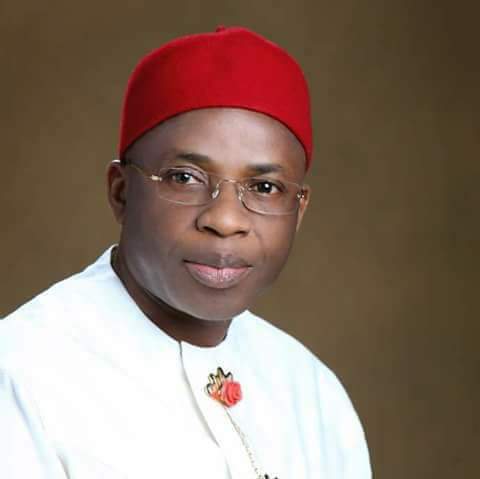 Dr Ikedi Ohakim on Wednesday announced to the political leaders of Okigwe Zone during a well attended meeting in his country home, Burma Retreat, Isiala Mbano Local Government Area of Imo State, that he has returned to active partisan politics after about two years of going on political sabbatical.

But while announcing his withdrawal from active partisan politics about two years ago, the former Governor said he would be focusing on youth mentorship.

Dr Ohakim assured Imo people that he would continue to speak for them and continue to make himself available for their consultation on all issues bothering them, saying that no one can stop him from performing such roles.

He said that he was not condemning the Okorocha led government but sympathizing with them, noting that it is easier to make promises than to achieve them.

The former Governor said that the rate at which people now die in the state was worrisome, adding that every community now regularly buries their prominent sons and daughters.

Speaking on Governor Okorocha's urban renewal programme, he said that when a leader expands the road beyond the specifications he destroys the cables and pipes on which the state was designed.

He lamented that the more than 1,950 water schemes his administration left behind have been destroyed by the Okorocha admonition, adding that he is proud that they achieved a lot with the little resources available to his administration.