Nigerians are unwittingly pushing towards another civil war – Gov. Aregbesola 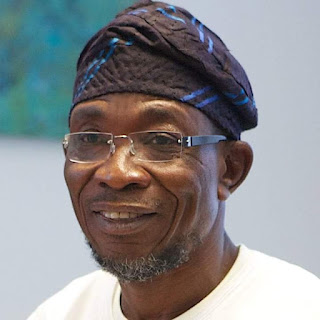 The governor of Osun State, Rauf Aregbesola has revealed that Nigeria might not be lucky to come out if it falls into another round of civil war.

Aregbesola through his media aide, Sola Fasure in Osogbo on Monday, at the 2018 Armed Forces Remembrance Day celebration, warned that Nigerians perpetuating hate speeches, wickedness and massive killings in the country were unknowingly pushing the nation towards another civil war.

Aregbesola said: “Through carelessness, thoughtlessness, selfishness, wickedness and hate mongering, the country may unwittingly be pushing itself towards another war. War is a very bad business. It is costly, deadly and ruinous, even for a supposedly winner.

“It is worse for the loser. Indeed, all are losers in a war. The resources, human and material, used to prosecute wars could have been used for the development of the people. The lesson of history is that nations and people emerged from wars weakened, devastated, poor and vulnerable.

“The worst part is that though a nation’s decision to go to war or not may be easy before the outbreak of hostilities, it is more difficult and sometimes impossible to decide to stop a war; thus we have prolonged and sometimes an indeterminate war. This is the hard part.

The governor, however, urged Nigerian youths to apply their education in solving problems facing humanity.
Posted by Unknown
Labels: News