A+ A-
Print Email
Fourteen Nigerians have already been moved to a jail in Medina apparently in preparation for the hangman’s noose.  That has sent shivers down their spines forcing them to dispatch a Save-Our-Souls message to President Muhammadu Buhari to do all within his powers to save them from being slaughtered like cows. State execution They were 15 in number but one of them was executed last year  as a common criminal. The manner, in which Yusuf Yakubu Ajiboye from Kwara State was arrested, hurriedly tried and subsequently killed, made them to entertain fear for their lives and came to the conclusion that the long knife was indeed awaiting them. “We know they are preparing to kill us but before we die, we are pleading with the President of the Federal Republic of Nigeria to look into the charges preferred against us and see if indeed, we have been given fair hearing for the offences they claim we committed, and whether the Saudi authorities have treated us well under the law,” one of the suspects said in a leaked document made available 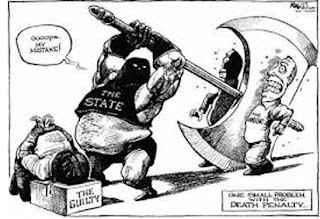 from Riyadh. “They claim that we peddled drugs and committed other drug-related offences, which according to them carry death penalty but we want Nigeria to intervene and give us another chance to live,” the suspect pleaded on behalf of the rest being detained in preparation for their execution in the Middle East country. Among the Nigerians in the Medina Prison awaiting execution are: Lolo Babatunde, Biola Lawal, Hafis Amosu, Jimoh Ishola, Tunde Ibrahim, Abdurimi Aweda, Adam Abubakar, Amode Tunde, Adewumi   Adepoju, Saka Riyau, Aliu Muhammed,   Abdul Raman, Yekini Yahaya and two other women. Many other Nigerians arrested for drug-related offences have also been detained at Jedda, Mecca and Riyadh prisons in Saudi Arabia, awaiting execution.