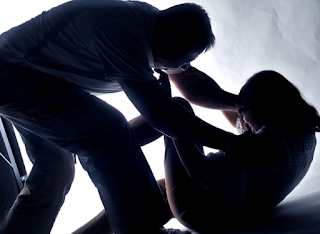 A man identified as Francia Azukwo, who just got married, has been arrested by the Lagos State Police Command for allegedly defiling a 6-year-old girl, Ngozi, in the Ikotun area of the state.

According to Punch, Francis, 32, allegedly penetrated the victim ’s private parts and anus during the sexual assault which occurred on Owoodu Street, Ijegun.

Azukwo and the victim’s mother were neighbours and had been living together in the house for some time.

The mother of the little girl, Joy, who was pregnant at the time, was said to have been rushed to a hospital in the community where she was delivered of twins.

It was on her return that she reportedly observed that her daughter’s movement was altered and she checked her private parts.

She reportedly queried the girl on seeing bruises. Ngozi accused Azukwo of defiling her.

The matter was immediately taken to the police at the Ikotun division and the Akwa Ibom State indigene was arrested.

Ngozi was taken to Mirabel Centre, Lagos State University Teaching Hospital, Ikeja, where tests were conducted on her.

The girl’s mother told Punch that she could not tell the motive for the alleged assault, adding that she did not know much about Azukwo.

“I did not challenge him. I just went to report to the police. He denied the allegation, but my daughter kept pointing at him that he was responsible,” she added.

Meamwhile the suspect was arraigned before an Ogba Magistrate’s Court on Wednesday.

However, the Magistrate, Tope Ojo, on seeing the charges, invited the parties into her chamber.

Francis was arraigned on two counts of defilement and indecent assault.

The charges read, “That you, Francis Azukwo, sometime in the month of September 2017, at Ikotun, in the Lagos Magisterial District, did unlawfully and indecently assault one Ngozi (not real name ), thereby committing an offence.

“That you, Francis Azukwo, on the same date, time and place, in the aforesaid magisterial district , did defile one Ngozi , thereby committing an offence.”

The police prosecutor, Inspector Clifford Ogu, said the offences were punishable under sections 135 and 137 of the Criminal Law of Lagos State, Nigeria, 2011.

Francis, however, pleaded not guilty and elected summary trial.

The defence counsel, Godwin Ohaekwe, appealed to the court to grant the defendant bail in liberal terms.

The defendant was granted bail in the sum of N400,000 by the magistrate, Ojo, with two sureties in like sum.

“One of the sureties must be a level 12 officer in the Lagos State Civil Service and the other must be a registered property owner in Lagos State. The sureties should present evidence of three years’ tax payments to the state and their addresses must be verified,” she added.

The matter was adjourned the case till February 12, 2018 for advice from the Directorate of Public Prosecutions.
Posted by Unknown
Labels: Crime