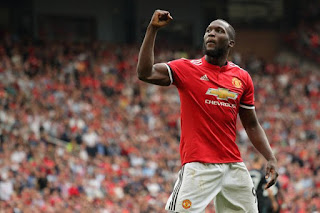 Manchester United striker, Romelu Lukaku is seeking legal advice over the claim by Everton’s major shareholder, Farhad Moshiri that a voodoo message influenced his decision to leave the club in the summer.

Lukaku’s representative disclosed this to BBC on Wednesday.

The representative said, “Romelu’s decision [to join Manchester United] had nothing to do with voodoo.

“He distances himself from these beliefs and this statement and will now see what judicial steps can be taken in relation to them.”

Moshiri had told Everton shareholders at their AGM on Tuesday that a phone call Lukaku had with his mother torpedoed a new contract with the Toffees that was 99.9% done, with the club prepared to pay him a reported £140,000 ($189,000) a week.

Moshiri said, “He said he was on a pilgrimage in Africa or somewhere and he had a voodoo and got the message that he needs to go to Chelsea.”

Lukaku has been left seething by the claim.
His representative said the 24-year-old is a Roman Catholic, and simply wished to play for a club with a better chance of winning silverware.

“Romelu is very Catholic and voodoo is not part of his life or his beliefs,” the representative said.

“He simply had no faith in Everton and no confidence in Mr Moshiri’s project. That is why he did not want to sign on any condition.

“He wanted to make the next step in his career and wanted the security to be able to leave,” he added.
Posted by Unknown
Labels: Sports