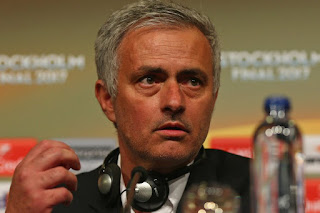 Jose Mourinho is trying to convince the Manchester United board to make a deal to sign Danny Rose from Tottenham Hotspur this month, according to reports in the British media.

The Sun is reporting that Mourinho is trying to persuade the Red Devils board that they should make a move to sign the Tottenham left-back in the mid-season transfer window.

The same report says that Mourinho is “desperate” for Manchester United to complete a deal to sign Rose this month but he must first convince the club that the deal is a good one.

However, it is also claimed that Spurs would be “unlikely” to be willing to let the 27-year-old leave White Hart Lane in the January transfer window unless the Red Devils match their £50m valuation of the England international – as well as if they can land Ryan Sessegnon from Fulham as a replacement for Rose.

Manchester United are thought to be on the lookout for new signings this month as Mourinho looks to try and steer his team back towards the top of the Premier League.

The Red Devils find themselves in second place and 15 points behind leaders Manchester City after 22 games of the new campaign.
Posted by Unknown
Labels: Sports