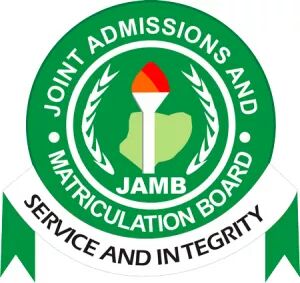 The Joint Admissions and Matriculation Board, JAMB, has fixed March 9 to 17 for the 2018 Unified Tertiary Matriculation Examination, UTME.

The Registrar of the board, Ishaq Oloyede, said this at a meeting with stakeholders on Tuesday.

The theme of the meeting is “Strategic planning on the conduct of the 2018 Unified Tertiary Matriculation.”

Mr. Oloyede said the mock examination initially scheduled to hold between January 22 and 24 has been moved to the first week in February due to the ongoing strike by non-teaching staff of universities.

“We are unable to access our CBT centres because most of them are in the universities and non teaching staff are on strike,” he said.

The registrar said the prohibition of materials is applicable to candidates, supervisors and examiners.

“No candidates, examiners, invigilators will be allowed to enter the examination hall with wrist watches, pencils except HB pencils …and cameras” he said.
Posted by Unknown
Labels: Education