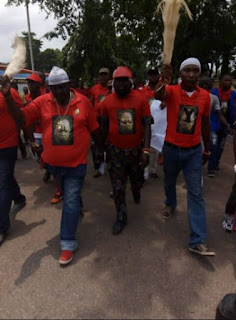 The Ijaw Youth Council, IYC, has said that herdsmen killings across the country will continue until Nigeria is restructured.
 
IYC spokesman, Henry Iyalla, in a statement on Monday, decried the upsurge in the killing of innocent citizens by herdsmen.
It condemned the massacre in Benue, Adamawa, Southern Kaduna, Taraba, Ondo and Ekiti state and accused the Buhari government of playing politics with human lives.

“It is disheartening to see that while the lives of women and children are lost daily, the Federal Government is busy playing politics with security”, the statement noted.

“The statement by some Northern governors that those calling for restructuring are living in the past and the insensitive statement of the Vice President appointed to chair investigations into herdsmen attack, calling for unity instead of addressing the issues at hand, make it obvious that the Federal Government is paying lip service to the issues of security.

“Otherwise, why will the government be focused on taking lands from others to give to herdsmen who are doing their private business?