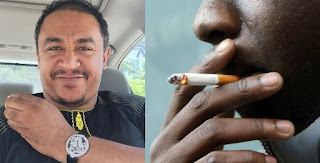 Daddy Freeze has reacted to a tweet where a man who has been jobless for 4 years, rejected a N500,000 job from the British American Tobacco, because according to him, smoking is a sin.

“Imagine a Nigerian Christian who has been jobless for 4 years rejecting a job offer that pays more than 500k from British American Tobacco/Nigerian breweries because smoking/drinking is a sin.” Daddy Freeze reacts to man who rejected a 500k job from Nigerian breweries” 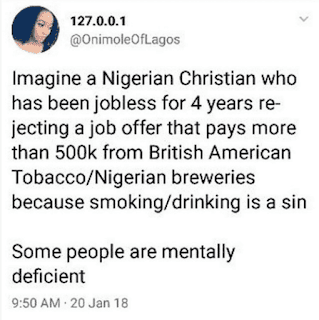