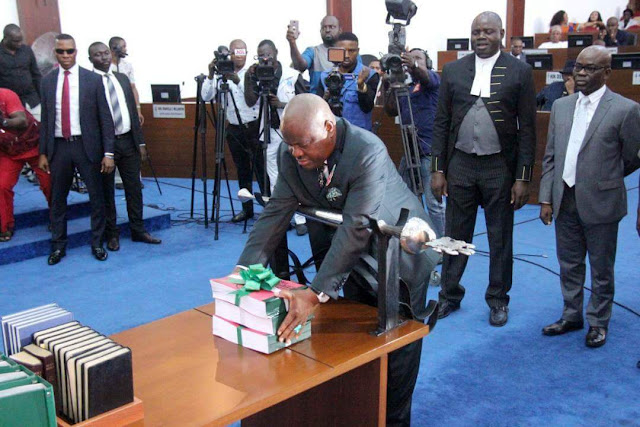 Rivers State Governor, Nyesom Ezenwo Wike has presented the 2018 Appropriation Bill of N510billion to the Rivers State House of Assembly for consideration and subsequent approval.

Christened the budget of  “Budget of Consolidation, advancement and empowerment”, Governor Wike said the budget will consolidate and advance the state's  investments in infrastructure, education, healthcare, and security, as well as in growing the economy to create jobs and empower the people.

Presenting the budget proposal to the House on Thursday, the governor said the  proposed 2018 Rivers State Budget has N379, 997, 687, 404.00 as capital expenditure, while  N132 billion will be used for recurrent  expenditure.

The governor stated that a total portfolio of N90 billion and N35 billion have been allocated to the Ministry of Works and the Special Projects Bureau respectively to fund the delivery of capital projects in the 2018 budget. 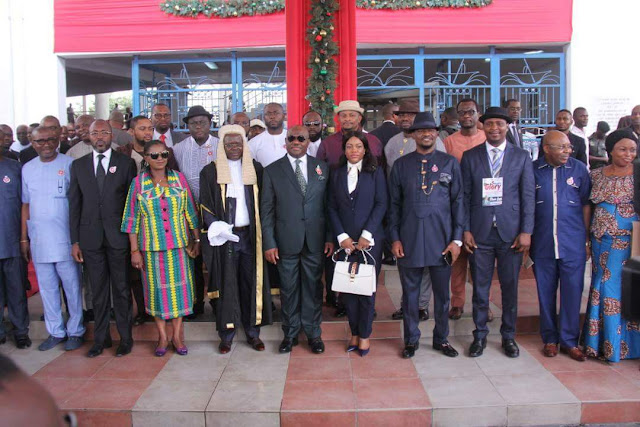 The governor added: "we shall also start some new projects, including the Women Development Centre the new world-class international conference centre, and roads."

On education, Governor Wike said: "We are devoting N50 billion to fund the education sector for the 2018 fiscal year. This sum is N20 billion more than that of 2017. In addition, we have proposed a capital grant of N500 million to each of our tertiary institutions to bolster infrastructural development and improve quality.

" Apart from proposing the sum of N2 billion for the provision of scholarships for critical areas of the State’s manpower needs, we have also proposed to set aside another N2 billion to partner, encourage and support the development of private universities and improve access to tertiary education for Rivers indigenes in the State."

Governor Wike stated  that his administration is providing the sum of N30 billion in 2018 to enhance all aspects of the healthcare delivery system in the State, including the provision of health infrastructure for health institutions, recruitment and training of medical doctors and other healthcare personnel, refurbishing and equipping our primary healthcare centres, providing vaccines for routine immunization against child killer diseases, as well as in carrying out education and sensitization programmes on reproductive, maternal, neonatal and child healthcare.

On Security, Governor Wike said that the State Government will  continue to invest heavily in the security of lives and property  through  the funding of security agencies and provision of logistics for them to effectively secure the state.

He said: "We have also approved the establishment of the Rivers State Neighbourhood Safety Corps to further enhance the security in the State.  When fully established and operational, the corps will have the responsibility to collaborate with the security agencies to combat crime and cultism in our communities and neighbourhoods. 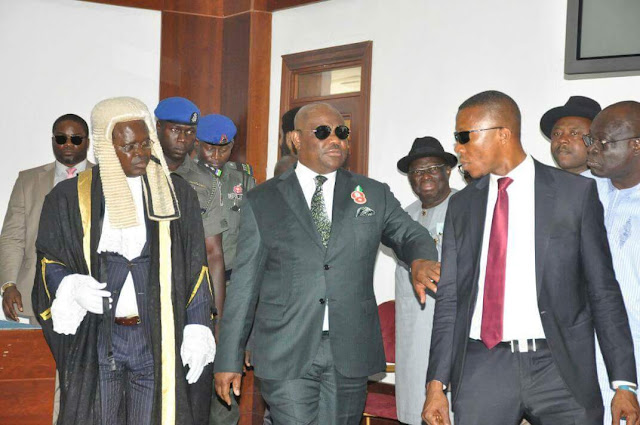 "The State Executive Council has already approved the bill to give effect to this initiative, which we shall soon transmit for the consideration of the House of Assembly and passing into law. The N22 billion we have proposed in the 2018 budget for security operations will also take care of the setting-up and operationalization of this agency."

In order to tackle high level of youth unemployment  and poverty, the governor said that empowerment has been prioritised in 2018.

Governor Wike  proposed N6 billion for employment generation, N7 billion for women development and N2 billion to support youth development. He added that the state government  will inject N1 billion into the State’s Microfinance Agency to provide loans and support the development of small-scale enterprises in the State.

He said that sports development will be funded by the State Government in 2018, noting that the Real Madrid Football Academy will come on stream.

He said: "  We will also continue to fund the State’s football teams and support them to win laurels at national and continental for the State. For these and other activities for a comprehensive development of sports in the State, we propose to spend N2.5 billion for fiscal year 2018."

The governor said that investments in the administration of justice and the justice sector will be sustained. He said that N4.350billion has been allocated  to the law and justice sector.

He said the administration  decided to renew and strengthen her partnership with the Church of God in the State by proposing to establish a Trust Fund for the Church to administer to its needs. The sum of N1 billion has been proposed under this budget for this purpose.

Governor Wike said that  in the past two and a half years, the administration has demonstrated that it is committed to solving the problems it inherited and advance the overall wellbeing of the people.

He said: "For us, our State deserves meaningful development and we must, as a Government, continue to do our best to deliver to our people. That is why we are offering a realistic budget for 2018, which takes a balanced and pragmatic approach towards solving the developmental challenges of our State and take it to the next level of transformation."

It will be recalled  that the Rivers State Governor, Nyesom Ezenwo Wike proposed a Budget of N470billion for 2017. The 2017 budget recorded about 74 per cent performance, which was a significant improvement over that of 2016.

In his remarks, the Speaker of the House of Assembly, Mr Ikunyi-Owaji Ibani assured the people of Rivers State that the State Assembly will continue to support the Executive to deliver the development of the state. 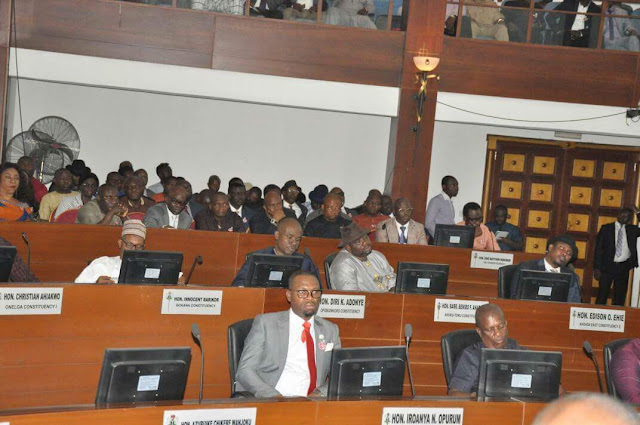 He said an analysis of the 2018 Budget shows that the Rivers State Governor will consolidate on development in different sectors of the state's economy.

He said that the State House of Assembly will treat the budget expeditiously,but stated that due process will be followed.

He said: "Only a pathological fault finder will not see the good works of the Rivers State Governor . The governor has performed creditably well".