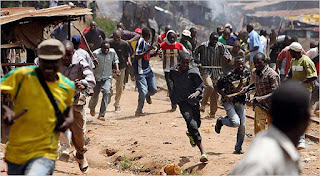 At least four persons were killed in a renewed attack on Uhime and Angyo communities at Dooka in Doma Local Government Area of Nasarawa State by armed men suspected to be herdsmen.

A resident of the area, John Tyojembe, who escaped death by the whiskers, told newsmen in Lafia, the state capital, that herdsmen invaded the communities in the early hours of Tuesday, shooting sporadically.

Tyojembe said that apart from those killed, the herdsmen destroyed many houses and foodstuff.

He said survivors, mostly women and children, fled to Kadarko and Doma as well as Benue State.

Tyojembe called on both the Federal Government and the state government to end the persistent attacks on his people and provide lasting peace between farmers and herdsmen.