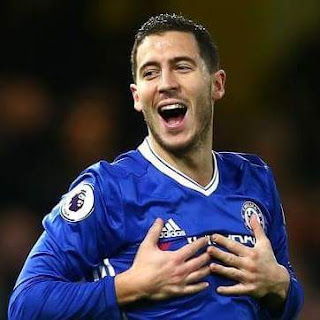 Chelsea playmaker, Eden Hazard, has claimed that he will sign a new contract with the Premier League club, after his team-mate Thibaut Courtois puts pen to paper on his extension.

Hazard has been consistently linked to Real Madrid, with reports on Thursday even suggesting that he had agreed for the move to Spain.

“Yes,” Hazard told Mirror Football when asked if he would ink a new contract with the Blues.

“I think Thibaut first. Then I will sign”, he said.

Chelsea are currently third in the Premier League, just a point back of second-placed Manchester United, but 16 behind runaway leaders Manchester City.