DETAILS ON THE FIRE OUTBREAK AT IBARI OGWA 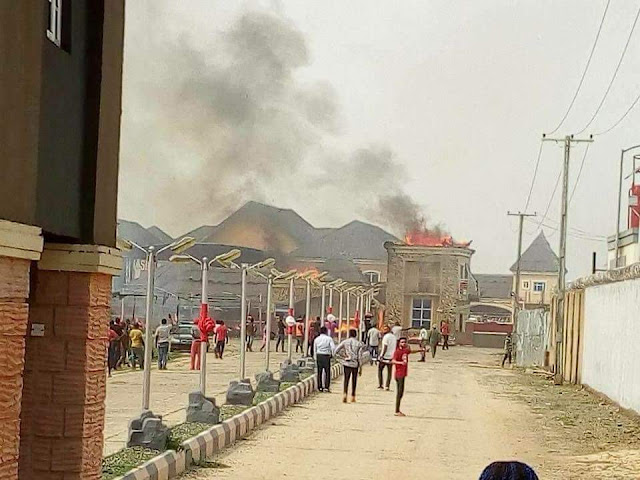 On Wednesday, there was a fire outbreak at the popular entertainment spot, Ibari Ogwa. When Ifeanyicy.com  reached out to the owner, Mr Chukwudi Ofoha, he explained that contrary to news speculated, it was the thatch roof of the security building that caught fire.

Ofoha disclosed that fire started when wind carried flames from a nearby burning bush to the property. He credited his Ibari Ogwa staff on ground for working as a team to quench the fire.  By the time the Imo state fire department got to the scene, the fire had already been extinguished .

According to the Commissioner for Public safety,Hon Chidi Nwaturocha, four fire outbreaks were recorded in Imo state on Wednesday.