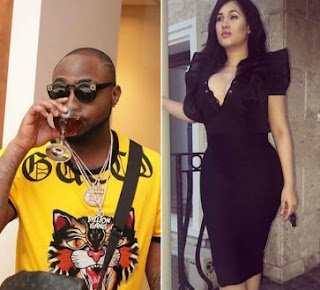 Seems the fracas between Davido and Caroline is not yet over. In-fact it seems to have taken another dimension with Davido calling her a gold-digger in his new song with Dj Ecool titled "Ada".

Remember he previously called her out telling her to 'save her Drama' after she accused him of knowing the cause of Tagbo's death.

The pre-chorus of the new hit 'ADA' reads " Filomina, I know me now, you know say that was a fu*king mistake.

What of Carolina, that one na gold digger, chai, so me I no do again".

Could there have been anything happening between the two ..?? Is Davido trying to hint something ..?? ( I no do again> Gold-digger)
Posted by Unknown
Labels: CelebrityGist