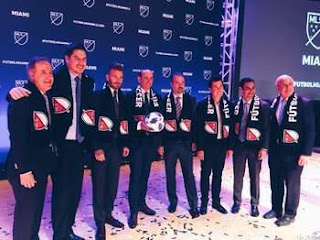 Beckham exercised an option in his contract with former side LA Galaxy to buy an expansion franchise in 2014.

The as yet unnamed team is set to play at a 25,000-seat stadium in the city's Overtown neighbourhood.

"I'm excited to bring this great team to this great city - it has been a hell of a journey," said former Manchester United midfielder Beckham, 42.

"I promise you the team we will bring into the league will be the best team."

Miami was officially granted an expansion side by MLS commissioner Don Garber at an announcement ceremony on Monday.