CHELSEA - Suggestion for GIROUD if Dzeko doesn't join in 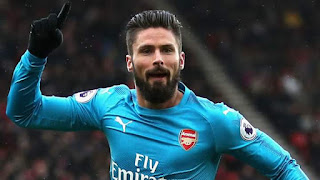 While still trying to land Edin Dzeko from AS Roma, Chelsea management, according to Daily Mirror, are plotting a last-minute attempt for
Olivier Giroud (31), if the former can't be brought in, possibly leaving city rivals of theirs Arsenal. Gunners tried to made him part of the trade involving Aubameyang, but Borussia Dortmund are asking only for cash.
Posted by Unknown
Labels: Sports