Menu
Home » News » Buhari is an ‘analogue president,’ should not seek re-election – Amechi

Buhari is an ‘analogue president,’ should not seek re-election – Amechi 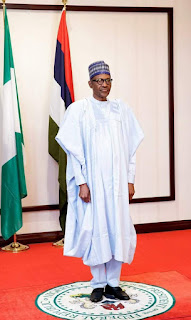 Mbazulike Amechi, former Aviation Minister in the First Republic has highlighted reasons President Muhammadu Buhari shouldn’t seek to be re-elected for a second term in 2019.

The elder statesman said Nigeria was a developing country, and that as such it won’t be in the best interest of the country to re-elect an “analogue president in a digital era.”

Speaking with The Sun, Amechi also noted that going by Buhari’s age and health, it was not in the president’s best interest to seek a second term.

Noting that the president has the constitutional right to seek re-election in 2019, the former Minister, however, urged Buhari to toe the line of late South African leader, Nelson Mandela, who willingly stepped down from power.

According to the former Minister, “By the constitution, by the laws of the land, he is entitled to contest for a second term. But then, the question is: is it right; is it in the best interest of this country? Here is somebody who has ruled this country as a military dictator and again after four attempts the country gave him a chance in a democratic election and elected him President. And he is serving out a full four years. If it were a country other than Africa, he would say ‘I’m alright, the country has shown confidence in me.’

“From his health point of view, I don’t think the man is strong enough to do the rigours of a president in a vast country like Nigeria. And I don’t believe what he gave as his age. That could be the age at which he joined the army and so forth. But I believe he is older than the declared age.

“So, what a true and patriotic Buhari would have done, in my opinion, is what Nelson Mandela did in South Africa, to say ‘I have led the country, the country has shown enough confidence in me. Now by my age, I stand aside. Let somebody else step in’ because we do not want to have a Mugabe in Nigeria.

Berating those endorsing Buhari for a second term, the elder statesman maintained that they are hungry, want money and positions.

“They want to be part of all these. That’s why they fan support for him,” he added.
Posted by Unknown
Labels: News