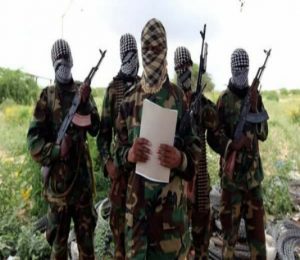 BOKO Haram terrorists have threatened to resume attacks on media houses across the country that has been misinforming the public about their operation, lying against them and dishonouring their prophet, ‘Mohammad’.

This is after it claimed to have attacked Thisday Newspaper in 2012.

The terrorist which listed out their prime targets made the threat on a video published on YouTube on Thursday.

The terrorists extended their threats to broadcast media which includes VOA Hausa and Radio France international.

The terrorists also promised to unleash more mayhem on the citizens for every of their family members dealt with by the government.
Posted by Unknown
Labels: Crime