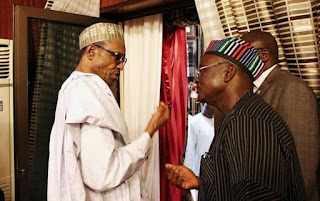 Benue State Governor, Samuel Ortom, has vowed not to repeal the anti-grazing law.
Ortom, speaking at the mass burial for 73 victims of herdsmen attacks in Makurdi, insisted that his administration would not be intimidated by threats.

The law, among other things, prohibits the movement of livestock on foot within the state.

Defending his action, Ortom stated that “it is the best way to go and it is in conformity with global best practices”.

The Governor also blamed the “silence” of the President Muhammadu Buhari administration for the killings.

He lamented that if the federal government had acted on the reports he gave it concerning the threats of attacks by the Miyetti Allah Kautal Hore, the killings would have been averted.

He also called for the arrest of the leadership of the Miyetti Allah Kautal Hore.
Posted by Unknown
Labels: News